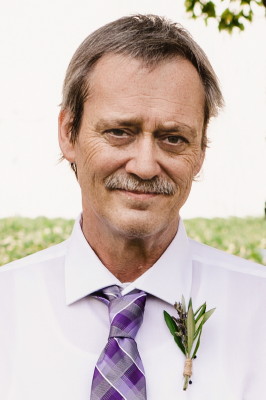 “I have been crucified with Christ. It is no longer I who live, but Christ who lives in me. And the life I now live in the flesh I live by faith in the Son of God, who loved me and gave himself for me.“ (Galatians 2:20)

Alfred Henry Zoller, 88, of Lincoln, went to be with Jesus on Sunday, May 2, 2021, with his family by his side. Besides being a wonderful husband and father, Al devoted his life to following and serving Jesus Christ.

Al was born on March 15, 1933, in Dover, New Jersey, to Alfred Heinrich and Phyllis Erna (Stradtman) Zoller. Al and his beloved sister, Dottie, were raised in Newark, NJ and Leonardo, NJ. His parents’ untimely deaths in 1944 left him and his sister orphaned; however, his sister kept them together as they navigated the foster care system. Al graduated from Middletown Township High School in Leonardo, NJ in 1951. During his high school years, he attended a Jack Wyrtzen “Word of Life” crusade where his life was forever changed. He loved to tell the story of a man putting his hand on his shoulder and offering to walk forward with him to the front of the auditorium where Al then gave his life to Christ.

After high school, Al served in the United States Air Force from 1951 to 1955. He met his dear wife, Herta (Hertie) Fischer, there, and they were married on January 6, 1955, in Wiesbaden, Germany. Following his military service, he and Hertie moved to Richmond, VA where he completed his college degree and began working for J. C. Penney.

When Christ called Al and his growing family into full-time Christian service, the song “I’ll Go Where You Want Me to Go, Dear Lord” led him and Hertie to Lincoln, Nebraska to work at Back to the Bible. He spent 31 wonderful years there, from 1965-1996, which included working in the shipping, literature, and promotion departments, culminating in becoming one of the Directors. Al was also a longtime member of Country Bible Church, serving as an elder for many years. He also served at the People’s City Mission and the Lincoln-Lancaster County Jail. At the Mission, he led Saturday evening services, as well as serving on the board, first as Treasurer and then as President. When Alzheimer’s began to rob Al of his memory, it was a privilege to hear him pray out loud with unhindered words, filled with Scripture, and without hesitation. It was his native tongue.

Survivors of the immediate family include his beloved wife of 66 years, Herta (Fischer) Zoller; daughter and son-in-law, Dottie and Bob Brueggen of Castle Pines, Colorado; daughter and son-in-law Helen and Martin Jones of Niles, Michigan; son and daughter-in-law, Dave and Anne Zoller of Colorado Springs, Colorado; daughter and son-in-law Dawn and Clay Buell of Lincoln; daughter Amy Zoller of Lincoln; and his sister, Dorothy Green, of Chillicothe, Ohio. Also left to cherish his memory and continue his legacy are 21 grandchildren and 23 great-grandchildren (and counting!), as well as many nieces and nephews. He was preceded in death by his parents; and an infant son, Alfred Carl Zoller.

Celebration of Al’s life is on Tuesday, May 18th at 10:00 a.m. at Faith Bible Church in Lincoln, Nebraska. A private interment will be held at Lincoln Memorial Park in Lincoln.

Memorials may be given to Country Bible Church in Bennett, Nebraska or People’s City Mission in Lincoln, Nebraska.