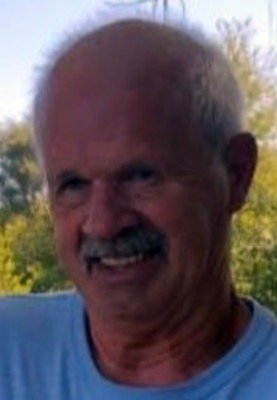 Richard Zuerlein, 68, of Lincoln, formerly of Columbus, passed away on Thursday, Dec. 15, 2022, in Lincoln, surrounded by his family, after a battle with cancer.

Richard F. Zuerlein was born on Sep. 6, 1954, in Humphrey, Nebraska, to Gerald and Helen (Goeckel) Zuerlein. He graduated from St. Francis High School in 1973. Richard was employed with the City of Humphrey 1973 to 1975, then transitioned to the City of Columbus in 1977 where he later retired in 2019.

Richard enjoyed many things in life, but especially loved spending time with his children, taking care of plants, and feeding the squirrels. He would voluntarily help his neighbors with any building, painting, or other projects needing done. He also enjoyed tending to and maintaining his landscaping, and was most memorable for a pristine lawn.

He is preceded in death by his Mother and Father, Helen and Gerald; step-mother Loretta; and nephew, Greg Hemmer.

In lieu of flowers, please consider donating Trees in Memory of Richard through the Arbor Day Foundation.