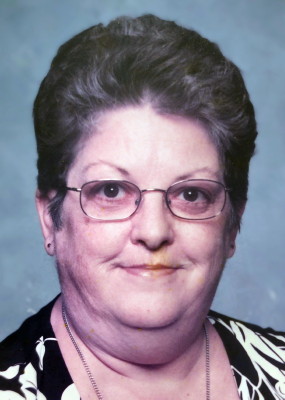 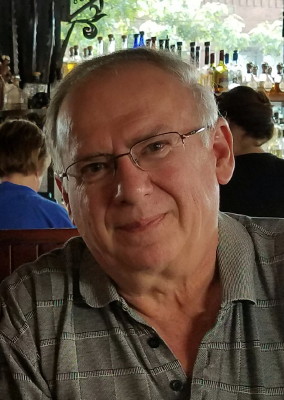 Ronald M. Koch, Age 68, of Lincoln, NE passed away at home surrounded by family on June 1st, 2022 after a brief, but tough journey with neuroendocrine carcinoma. Ron grew up in Lino Lakes, MN where he met and married his high school sweetheart and started his family in nearby Columbus. Ron was a printer by trade, with a keen eye for art and collectibles. He enjoyed boating with his family on MN’s lakes and rivers, browsing garage sales for hidden treasures, traveling to the tropics, and unwinding with a Myers & Coke or the History Channel. Ron was a life-long learner and always willing to help with a project in the home or garage.

Ron is survived by his wife of 49 years, Jean; his three children, Jordan (Megan) Sempre, Justine (Adam) Dauphinais, and Kelsie (Nick) Koch; two granddaughters, Mara and Scout; and his siblings, Bob (Cindy) Koch, Deborah (Joel) Heyoka, and Sherry (Shelly) Koch. He is preceded in death by his parents, Richard and Mary Koch.

In lieu of flowers, please raise a glass in Ron’s honor. 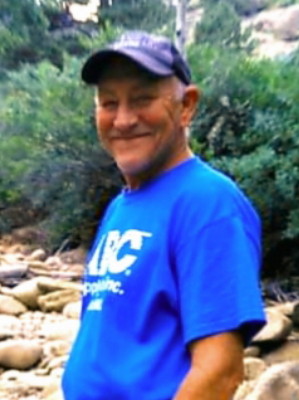 Jeff Knight passed away peacefully on March 26, 2022 from a brain aneurysm surrounded by those he loved. Jeff was born August 10, 1952 in Lincoln NE to the late Bob & Jan Knight. Jeff graduated from Lincoln Northeast High School in 1970.

While still in high school, Jeff enlisted in the US Marine Corps. Immediately upon graduation at the age of 17, Jeff began basic training at Marine Corps Recruitment Depot San Diego. After basic training he was stationed at Camp Pendleton and Camp Lejeune before receiving his deployment orders to Vietnam. On the eve of his departure to Vietnam, he was reassigned to NAVFAC FEAD Camp Butler Chatan, Okinawa, Japan where he served his final year in the USMC. Upon return to the states, Jeff worked construction beside his dad for several years and later was self-employed operating Jeff Knight Construction Co. until retirement.

In 1979, Jeff married the love of his life Marge (Maresh) and they adopted their daughter Ashley in 1986.  In 2005, they also adopted their 1 year old grandson Thomas. While Marge continued to work until 2021, Jeff was the ultimate “Mr. Mom”.

Family and friends will always remember Jeff for his quick wit and endearing sense of humor. You could always count on Jeff to provide plenty of entertainment at family and friend gatherings. Jeff had a heart of gold and would do anything for anyone at any time. He loved the simple things in life, most importantly spending time with his family and friends. He was happiest when taking his grandsons fishing and on trips to Colorado whenever possible. Jeff loved his dogs and cats and owned many special “buddies” over the years.

Funeral service is April 8th at 11 am at First United Methodist Church Lincoln NE with lunch following. Jeff would be honored if you wore casual attire/jeans. Private interment will be held at a later date.

Memorials in lieu of flowers to Lincoln Capital Humane Society. 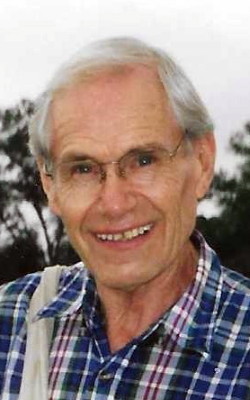 Paul Herman Konig was born on June 28, 1931, in Wisner, Nebraska to Pastor Karl and Frieda (Goede) Konig.  He grew up with siblings Karl, Frieda, and Elsa.  Paul graduated from Yutan High School, Midland Lutheran College, and Central Seminary.  Following his graduation from seminary he studied a year at Divinity School, New College, of the University of Edinburgh, Scotland.

Paul married Marcella Schact on July 31, 1963, at Immanuel Lutheran Church in Bellevue, Nebraska. During his working years Paul served as pastor of several ELCA churches in Nebraska including Bellevue, Osceola, Omaha, Sidney, Cordova, and Emerson until his retirement in 1990. At that time Paul and Marcella moved to the forever home they had built in southwest Lincoln, Nebraska.

Paul passed away at Bryan Health hospital in Lincoln on March 17, 2022.  Paul is survived by his sister Elsa Heald and her husband Ray of Los Altos, California and Marcella’s sister Carolyn Henry and her husband Robert of Maryville, Missouri.

Paul was a lover of nature which made Colorado very popular with him. Their Colorado cabin always held a special place in his heart even years after they sold it. Paul found beauty in things not as majestic as the Rocky Mountains too – a simple flower in their yard or the bird or squirrel that he so faithfully fed on his deck (Yes, he fed squirrels).  He spoke fondly of a dachshund named Snoopy and a collie named Heather that were an important part of his life.

Paul’s love of nature is probably what drew him to hiking.  Having that cabin in Colorado to hike around was a highlight of his life.  He and Marcella made the right decision to build a house that had a massive trail system behind it.  One couldn’t begin to guess how many hours he walked those trails during his retirement years.

Paul was an avid reader, as was evident from his massive book collection.   If something interested him, he bought a book about it.   He was a talented writer, whether he was writing a fictional story, a sermon or a poem or love letter to Marcella.

Speaking of Marcella, she was the love of his life.  They did everything together, including traveling in campers across the country.  She put up with his corny jokes.  He claims he didn’t have to put up with anything from her.  After Marcella’s death in June 2021, Paul would often say, “Good ole, Marcella. She was a good egg!”

All that knew or spent even a little time with Paul could say he was also “a good egg.”  He was a genuinely kind person.  He always smiled, loved to laugh, had a great sense of humor, and cared for others deeply.

Now those two “good eggs” are back together eternally. St. Patrick’s Day 2022 was an especially lucky day for them both.

Paul was cremated and will be inurned with Marcella at the Osage Cemetery in Cook, Nebraska. At his request, there will be no services.

Honoring Paul could mean taking a walk in nature and really soaking it all in, smiling even when things are hard, appreciating a good joke. Paul and Marcella supported many different organizations, so a charitable fund with Lincoln Community Foundation (LCF) has been established.   Donations can be made payable to LCF at 215 Centennial Mall South, Suite 100, Lincoln, NE 68508, with instructions to deposit to the Konig’s fund.