A good student and hard worker, he was born on June 30, 1931, to parents Redella “Bun” Pfeiffer Oleson and John “Jack” Wesley Oleson on a farm near LaSalle, Minnesota.  The second child of four and the only boy, he was expected to help his father on the family farm before and after school, while still making time to complete his homework.  With access to the tool shed, he took the opportunity to make his own toys, such as wooden rubber band guns.  He participated in 4H when he could and was an advanced rider on horseback.  A member of the first rural U.S. Boy Scout troop in the country, he obtained the rank of Eagle Scout at the age of 14 and far surpassed the required number of merit badges.

In the summertime, he worked farm-related jobs and became strong enough to shimmy up silos using only his legs.  Not one to back down from a challenge, he learned to swim when his father tossed him into a lake!  Too busy to go out for sports, he tried out for track in high school when challenged by a classmate.  During the mile-long race, he kept the pace just fast enough to wear out his challenger, then passed him in the last 400 meters to win at the finish line!  Although the coach asked him to join the team, he understood that Noel’s family obligations came first; the challenger never spoke to him again!

Noel’s goals and ideals exceeded working on a farm. Soon after high school he left home, found part-time jobs, moved into a room and board, and worked to attend Mankato State, then later, the University of Minnesota.  His education was interrupted when he joined the U.S. Navy in September 1951, during the Korean War.  After basic, high test scores and an aptitude for learning got him transferred to Memphis, Tennessee where he taught electronics to crews who worked on the airplanes.  When a new plane arrived with new wiring schematics, Noel discovered a flaw in the design, reported it to his chain of command, and thereby saved many lives.

While at college, he also boxed in the Golden Gloves and won some bouts in his weight class.  He graduated from the University of Minnesota with a degree in advertising and was gifted at writing creative copy and in sales.  He used these talents when working for General Electric where he toured the country to give presentations in school auditoriums, teaching students about electricity in a fun-filled show.  In the late 1950s, he settled in California and started two successful insurance agency businesses – one in Los Angeles County, the other in San Diego County. He also took time to enjoy public speaking through Toastmasters.

A lifelong health advocate, he studied nutrition and began jogging before it was popular.  Noel loved to tell the story of his evening jogs around an elementary school yard where a police patrol stopped him and asked him what he was running from. He said that he was jogging and didn’t they think he would be running a little faster and not in circles if he was running from the scene of a crime?!  They asked him to explain what “jogging” was, so he told them.  A few weeks later, the same patrol stopped him again, this time they had dogs and his response was more direct; he reminded the officers that he was jogging, then took their names and badge numbers and told them that if they stopped him again, he would contact their supervisor. They left him alone after that!

Noel is predeceased by his loving wife, Doris Oleson, and sisters Merrilyn Hartford, Jaquelin Hosokowa, and Candace Leintz. He will be missed by his stepdaughters, Rita Houskie and Robin Gifford (Brad), and five step-grandchildren: Rita’s children Karma VanFleet, Eric Houskie and Rianna Bishop and Robin’s daughters Madison Gifford and Emerie Meyer (Cole); and by daughters, Diane Oleson and Debbie Kielty (Jeff), and two grandchildren: Diane’s son, Andrew, and Debbie’s son, Kyle; nieces, nephews, and other family and friends throughout the country.

A dinner memorial for family and friends will be held at a date to be determined. 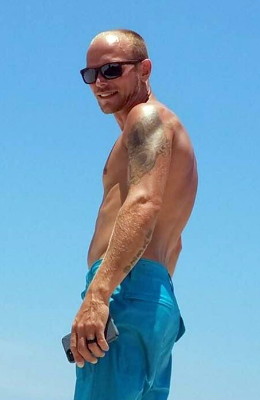 He is survived by his wife Amanda; daughter Chacity; sons Kale, Karter and, Troy Jr.; as well as two bonus kids Coltyn and Kaleigh; His mother Yvonne; three sisters Heidi, Carla, and Kyla; brother Fernando; and in-laws Steven and Tammy Wismer; as well as many nieces, nephews, aunts, uncles cousins, and friends.

He is preceded in death by his dad Keith Oziah and Uncle Kenneth Oziah as well as his special cousin Samantha Huntley.

We all loved him deeply and he will forever be missed. 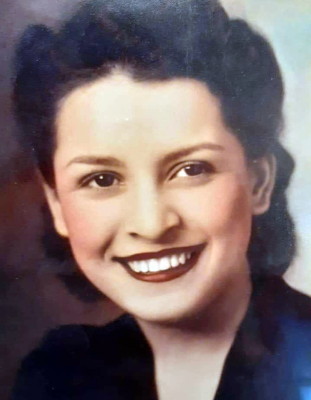 Virginia Hernandez Owen, age 96, was born to Sylvester and Sostenas (Godinez) Hernandez on June 13, 1925 in Wymore, Nebraska, and left this world August 7, 2021.

Keith “Alan” Ozenbaugh 71, of Lincoln, Ne. passed away peacefully at home on June 9, 2021 surrounded by his family.

He was born on July 22, 1949 to Keith and Ruth (Wright) Ozenbaugh. He grew up and graduated in Ohiowa, Nebraska. He was married to Kathy Warnke on October 10, 1970. They made their home in Denton, Nebraska for 17 years and had 3 children.

Alan, otherwise known as “Al” or “Bundy” worked in Parts, Sales and Service most of his life. Through the years he worked at Big “A” Auto Parts, Lewis Service Center, George Virus Implement, and Napa Auto Parts. He was on the Southwest Volunteer Fire Department and was a EMT for 4 years while he resided in Denton. He also had his hand in being a small business owner for 5 years owning Al’s Place in Ohiowa, Nebraska.

Al’s passions were definitely Husker Football and Nascar. He also enjoyed spending time with his grandchildren, woodworking, fishing, barbecuing, spending time with family and friends on the patio, creating “redneck” yard art, and watching Westerns on tv. He was a very proud grandfather. He was always cheering them on in person or from the sidelines.

Alan was preceded in death by his wife Deb Ozenbaugh, his parents Keith and Ruth, his infant sister Janet Rae, and his grandparents.

A Graveside Service will be held at the Ohiowa Cemetery on June 19, 2021 at 11 am, with a luncheon to follow at the legion in Ohiowa, NE.