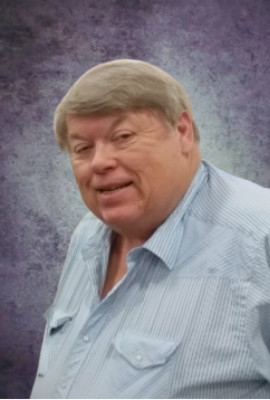 It is with great sadness that the family of David C. Jacka announce his sudden passing on August 23, 2022 at the age of 71. He was a wonderful man with a quick wit and a unique sense of humor. He will be remembered for his eclectic knowledge of the most detailed facts and his incredible knack for storytelling which captured the attention and hearts of all who knew him.

David was born to Willard Clifton Jacka and Darleen May Jacka (Janssen) on April 15, 1951 in Tecumseh, Nebraska.

David’s early years were spent living on the Jacka family farm. He loved riding the tractor and helping feed the animals. His family moved to Omaha when his dad, Willard, started working with the US Post Office, delivering mail by train. After a few years, they moved to Lincoln, NE. David was a dedicated student and graduated from Northeast High School (1969) and the University of Nebraska (1974) with a BS. David thoroughly enjoyed his time as a member of the UNL Fencing Club and the UNL Marching Band. He played in the marching band at three National Championship Bowl Games: 1969 Sugar Bowl in El Paso, TX and the 1970 and 1971 Orange Bowl Games in Orlando, FL. GO BIG RED! After graduating from UNL, David moved to Denver, CO to complete his Master’s Degree in Library Science.

David met the love of his life at his part time job, at Montgomery Wards, as he worked his way through college. David was a broom pusher and Teresa was a salesperson working in the fabric department. Early on, Teresa noticed the broom pusher, as he would twirl the garbage cans that echoed through the store much to the dismay of their supervisor. A few months later, Teresa was waiting for her class to begin when David asked her out on a first date during a chance meeting on campus in Burnett Hall. Three years later, they devoted their lives to each other and were married on March 5, 1976.

Together, David and Teresa started their married life in Wahoo and Yutan while David was the Librarian for the Mead Public Schools K-12. A few years later, David was offered the Assistant Director position at the Columbus Public Library, and they moved to Columbus, NE. In 1982, David accepted the Director position

David and Teresa had two children: Jeffrey Scott and Jennifer Michelle. Our family of four loved spending time together camping and traveling throughout the USA. We made many memories exploring beaches, mountains, forests, plains, and deserts enjoying all of the experiences that each had to offer.

David had a variety of interests. His love of reading and history led him to visit many museums and historical places, including many battlefields. David’s attention to detail and thirst for knowledge resulted in reading every description of every item on display. All of which he seemed to remember and recall at a moment’s notice. In addition, David liked to read all the instructions before attempting to do anything, so he would always be well informed and ready for any problems should they arise.

David had a passion for playing instruments. He learned to play an alto and tenor sax, a piccolo, bassoon, oboe, and even taught himself how to play the banjo. David loved to dance. Both David and Teresa especially enjoyed Square Dancing, Round Dancing, and Clogging. They belonged to several Square Dancing clubs over the years traveling to conventions, and getting away for special weekend dances.

David was a well-traveled scholar. David enjoyed a summer filled with backpacking through Europe on a trip that included Germany, Austria, England, and Scotland. He later took a second trip to Germany during winterim. His love of travel continued throughout his life as he was able to visit nearly all 50 states in the USA, including Hawaii and Alaska.

David will forever be remembered by his adoring mother Darleen Jacka, his loving wife of 46 years Teresa Jacka, their children Jeffrey Jacka and wife Liz Jacka, Jennifer Jancich and husband Bryan Jancich, grandsons Bentley and Bennet Jancich, along with numerous other family members and friends.

David was preceded in death by his father Willard C. Jacka, and brother Larry Lee Jacka.

In lieu of flowers, memorial donations may be made in David’s name to the University of Nebraska Foundation-Lincoln for either the UNL Library (#01054670) or UNL Marching Band (#01031230) to honor his time at the university. Please visit nufoundation.org to make an online gift.

Friends and family are encouraged to share their condolences and memories of David on his memorial site at davidjacka.forevermissed.com or by using the form below. 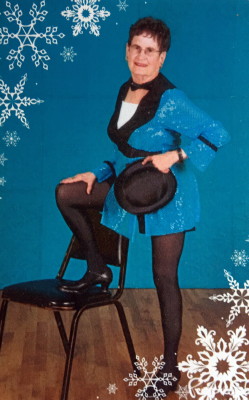 Doris loved to dance and was a member of the Shim Shams. She enjoyed travelling with her husband, quilting, genealogy, and spending time with family.

There will be no services held. 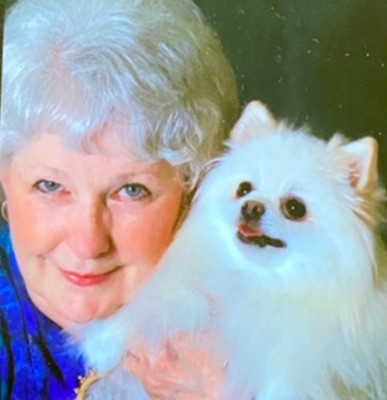 Jerilyn (Jeri) Kay Johns, 75 years old, passed away peacefully at her home on May 24, 2022 surrounded in love by her family.

She was born June 3, 1946 in Omaha, NE to Lyle and Tina Marie Failor (Webb). She is survived by her 3 children, Ronald, Robert and Lisa Johns, her 2 grandchildren, Vincent Lowell and Adanna Paden, and her 2 great grandchildren, Lilly and Laila Lowell. Survived by her siblings; Barry (Desta) Failor, Lillian (Rev Dr William) Jackson, Randy (Karen) Failor, Melinda Failor, Coralee (William) Carver, brother In-law Jerry Rader., and many nieces, nephews and cousins. Jerilyn is preceded in death by her parents, Lyle and Tina Marie, and 2 sisters Merrilee and Beverly Lynne.

Eager to establish her own family, Jerilyn married Ronald H. Johns and gave birth to two boys before she turned 18 years old.

Jerilyn wanted a career and attended Beauty School receiving certification as a beautician. However, cutting and styling hair did not become her profession but rather a skill that she shared with and practiced upon her family. Her true calling was helping people and she began that career with Lincoln Action Program. She quickly advanced to become the director of LAP. As director she worked hard to improve the lives of underprivileged and underserved community members while garnering the attention of political leaders. Governor J. J. Exon lured Jerilyn away from LAP to work for him developing low-income programs for the state of Nebraska. Although her experience and knowledge was extensive in her social working career, she aspired to improve herself in this field and went to college at UNL to get her degree in sociology. Even before earning her degree, she went to work for the Nebraska Department of Health and Human Services. Over her 19 year career at DHHS she held many positions working as Social Worker, Child Protective Services and Foster Care. Jerilyn would end her career working for St. Monica’s to help women overcome substance abuse. She retired from St. Monica’s one month before turning 70 years old. Her life’s work was one of serving others and making a positive impact on improving their lives. Jerilyn touched many lives while gaining their trust, respect and admiration from clients, colleagues and friends alike.

Jerilyn enjoyed many hobbies that included crocheting, knitting, needlepoint and quilting. Her greatest love was spending time with her family and attending Webb Family Reunions. As evidenced by her life’s pursuits, Jerilyn was a devout follower of the teachings of Christ and loved attending church, praying and worshipping the lord with anyone and everyone.