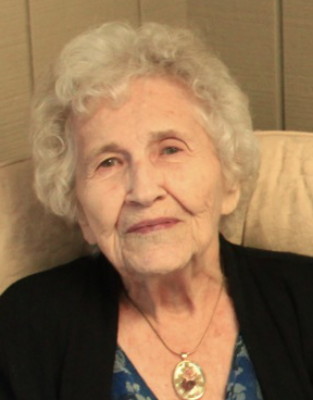 On Sunday February 25, 2018, Winifred Pauline Uden passed away at the age of 106. Winnie will be forever remembered by her family as a loving and caring mother, grandmother and friend! She will be missed by all who knew her. Winnie enjoyed many things throughout her life such as painting, camping, reading and nature, but most of all her family!

Winifred was born on October 29, 1911 in rural Clay County Nebraska to Fredrick and Pearl Goesch. She graduated from Edger High School in 1927. She married Lauren Sanburg in 1932 and was blessed with five children, Barbara (Sanburg) Pinneo, Darrell Sanburg, Terry Sanburg, Larry Sanburg, and Raymond Sanburg.

She moved from York Nebraska to California and married Ervin Uden in 1956.They lived in California until retirement when they relocated to Yuma Arizona. She remained in Yuma until 2016 when she moved to Lincoln Nebraska to live with her daughter.

Memorial donations in memory of Winnie may be made to the Capital Humane Society,