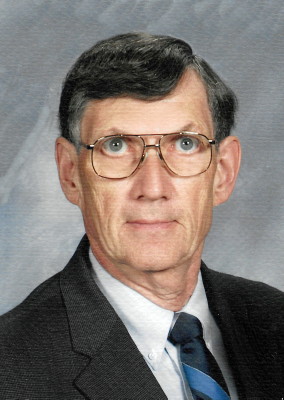 Feb 21, 1936—March 3, 2020, Woodlands at Hillcrest, Lincoln. Bill was born to William McDermet and Grace Eleta Lowe at York and lived in Lincoln for 21 years, graduating from Lincoln High. As a very shy freshman he entered Nebraska Wesleyan, feeling that he knew no one. He pledged Theta Chi Fraternity and friendships increased, some of which exist today. He earned the “Most improved scholarship” award the next year at his fraternity, graduating from Wesleyan in 1957. He always felt that his four years at Wesleyan were top-notch.  O and X look like the Greek letters for Theta Chi on his baseball cap.  So to church youth groups he became Pastor “OX.”  Later he became “Grandpa OX” to the grandchildren.

OX and Sheral Adene Yates were married on August 24, 1957 at the Bethany Christian church and then departed for Brite Divinity School at Texas Christian University, from which he received a Bachelor of Divinity degree in 1960. He also received a Doctor of Ministry degree with Theta Phi scholarship honors in 1977 at Christian Theological Seminary, Indianapolis.

He was a serious advocate for world peace and justice, often speaking out against racism, war and other forms of violence.  He served churches at United Christian and Baptist (Kalona, Iowa) Blue Ridge Blvd (Independence, MO), First Christian (McPherson, KS) and 14 years at Downey Ave Christian Church (Indianapolis, IN). He served in numerous interim church positions when they owned the Mason House Inn B&B, Bentonsport, IA in retirement, where they also made more lasting friendships. He was also a Husker and St. Louis Cardinals fan and although dementia later robbed him of speech he was always an avid coach of the games on TV.

A celebration of Life and burial of cremains will be held later this spring.

Condolences may be posted using the form below.