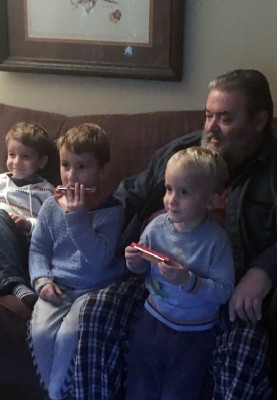 It is with heavy hearts that we announce the passing of William D. Achord (Bill), on
February 03, 2021, due to complications of Agent Orange.

Bill was born in Minden, NE, to Donald and Carol Claar Achord, and lived most of his young
life in Franklin, NE, before moving to Lincoln. He attended College View Academy, University
of NE, and pursued graduate studies in Social Psychology at the University of So CA.
Bill was a non-combatant medic in the Vietnam War 1969-71, 173rd Airborne Brigade. He was awarded the Bronze Star.

He is survived by his two sons, John Achord of Lincoln, and Samuel Achord and daughter-in-law
Julie with three grandsons August and twins Elliot and Albert of Copenhagen, Denmark; two
brothers, Tad Achord, and Kiff Achord and sister-in-law Sara and nephew David Achord and
niece Karmen Achord; sister-in-law Marilyn Achord and nieces Jennifer Rountree and Cynthia
Swarts, along with extended family members and friends.

There will be a Celebration of Life for Bill when it is possible for the family to be together.
The family so appreciates the love and support during this difficult time as well as the endless
assistance from the Veterans Association in Lincoln.