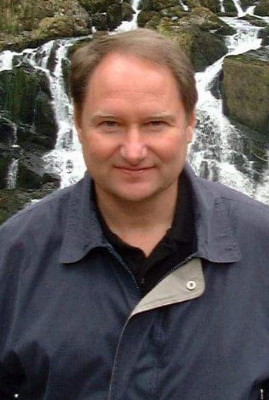 William Brian Finter, known to friends and family as Brian, was a proud U.S. Air Force Veteran and much loved family man.

He was born August 27, 1955 to Claudine Ernestine Whitesell and Charles William Finter in Independence, Missouri.

Brian is preceded in death by his parents and sister Denise Perryman. He is survived by his wife, Brenda Finter, Glenwood, IA; his first wife Lisa Major, Aurora, CO, and their two children Ashley (Nick) Kumpula, Lincoln, NE and Natalie (Roy) Erhart, Timnath, CO; brother and sister-in-law Chris and Cindy Finter, Mount Holly, NJ; many loving nieces and nephews, relatives, and many, many friends.

As an Air Force officer, he traveled across the world, spanning from 1982 to 2004. During his highly decorated and honorable career, he served as a B-52 Radar Navigator, Space Command Officer, and as the 95th Reconnaissance Squadron Commander at RAF Mildenhall in Suffolk, England. After 22 years of meritorious service, he retired as a Lieutenant Colonel. In his remaining years, he worked with his two best friends, Gap and Ralph, to create Spiral Communications, a technology company based in Southwest Iowa and Southeast Nebraska.

An internment is scheduled for Friday, March 6 at 11 a.m. at the Omaha National Cemetery (14250 Schram Rd, Omaha, NE 68138). All friends, family, and veterans are welcome to attend.

In lieu of flowers, the family is asking for contributions to be made to CJD Foundation in William Brian Finter’s name by going to https://cjdfoundation.org/donate.

Condolences will not show as per family request.