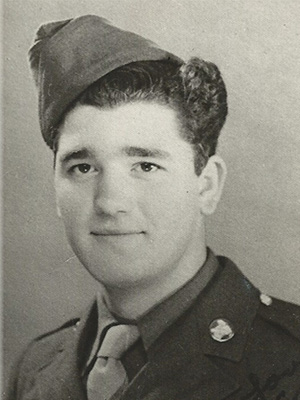 Born December 26, 1924 in Brainard, Nebraska to Joseph A. and Katherine (Hofbauer) Kobza.

Lived in Crete, Nebraska the last 4 years of his life, formerly from Lincoln, Nebraska.

Served in the Army Air Force with the 490th Quartermaster Depot Company in England during World War II. Participated in the air invasion of Normandy, Bastogne and the Ardennes.

Married the love of his life Agnes Adeline (Dolezal) Kobza on May 21, 1947. Celebrated 66 years of marriage before Agnes passed away in August of 2013.

A Meadow Gold retiree. Served many customers in Saline County and was known in the area as the “Milkman” . He was very personable and became friends with most everyone on his route.

He and his wife Agnes enjoyed music and dancing including square dancing, polka dancing and country dancing. They loved spending time with friends and family especially their grandchildren.

Memorials to the Red Cross.

Bill was preceded in death by his parents; wife Agnes; brothers Ed, Richard, Norman and Tom; and sister Helen Uhlir.