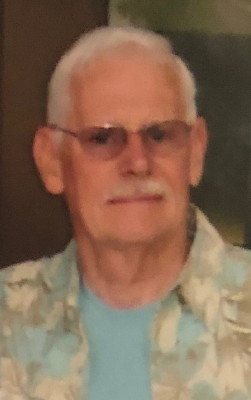 Wayne Wendell Hurd passed away peacefully on Friday, August 23rd 2019 in the Journey House at Tabitha.

He was born in Lincoln Nebraska on May 22nd 1933 to Charles Anson Hurd and Pearl Marguerite (Jester) Hurd. He graduated from Lincoln High School and went on to attend the University of Nebraska Lincoln. Then was drafted by the Army in 1952 and served until 1955 in the Korean War. Wayne retired from Precision Bearing.

He was a dedicated loving husband, father, grandfather and great grandfather.

He had 45 years of marriage to his wife Sandra (Pinneo) Hurd. He is survived by his wife Sandra, son Aaron Hurd(Angie) of Lincoln, daughters Lori Lubben (Jeff) of Lincoln, Renee Denning(Curt) McCool Junction, .Sister-in-law Karolyn Turner of Adams, NE, Steve Hurd Lincoln, Robin and LeAnne of California and sister-in-law Betty Hurd of Lincoln . He had nine grandchildren and four great grandchildren and many nieces and nephews. He was preceded in death by his parents, brother Delbert, sister Eleanor and grandson Andrew.

Memorials may be given to the family for a charitable donation to be made in Wayne’s memory at a later date. Condolences may be left below.