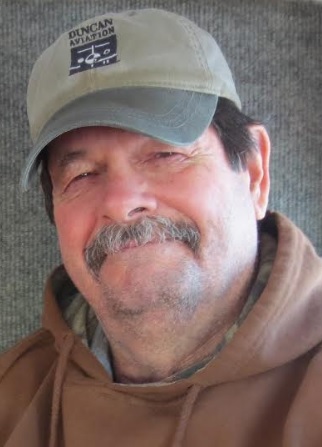 Wayne passed away September 3, 2018 after a brief battle with liver cancer. He was born May 6, 1951 to Alden and Marcie Sabatka of Valparaiso.  He graduated from Raymond Central in 1969 and enlisted in the United States Air Force from 1970-1976.

He enjoyed spending his time hunting, fishing and being outdoors.  Once his grandchildren were born, he also spent lots of time with them and bringing them pizza, cereal and chocolate milk.

Survivors include his wife Joann Sabatka, Lincoln; sons include Chris (Sarah), Kyle (Carolina), and Quinn all of Ceresco; grandchildren Owen and Ada Sabatka, and Eliana Sabatka all of Ceresco; mother Marcie Sabatka of Valparaiso; brothers and sisters Phil Sabatka of Lincoln, Mark (Kim) of Gretna, and Laurie (Terry) Anderson of Lincoln; brother-in-law Chuck Province; and many nieces and nephews.

There will be a Celebration of Life in his honor on September 10, 2018 at 6:00 PM for family and friends at the Isles Reception Hall in Lincoln, NE.

There will be a rosary in his honor at the St. Mary & Joseph Catholic Church in Valparaiso, September 14, 2018 at 9:30 AM with mass to follow.  A private family graveside service to follow.