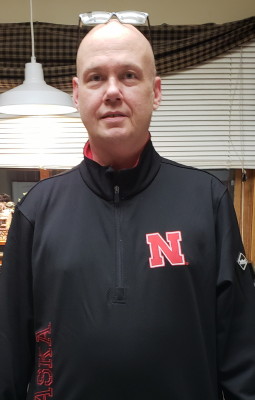 On Friday, October 30, 2020 Wade Griffith, loving husband, father and son passed away after a valiant battle with cancer.

Wade was born September 23, 1967. On June 10, 1989 he married Sharman and together they raised two children, Caitlin and Connor as they moved from place to place due to his career with the US Navy. He retired from the US Navy in 2008 after 24 years of service and up until his death was involved in the restaurant industry as a manager and most recently as the Outreach Director for the Nebraska Restaurant Association.

He loved cooking, music, classic cars and telling sea stories. He was passionate about everything he did and made friends wherever he went.

No service as per his wishes. He will be buried at sea and a private family remembrance will be held at a later date.

For condolences, fill out the form below.  Memorials to the family.  Please make the check out to Sharman and mail them to Aspen Cremation Service, 4822 Cleveland Ave., Lincoln, NE 68504.