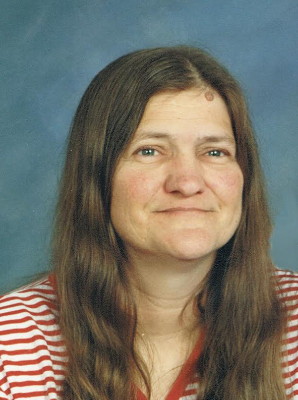 Treva was born January 2, 1955 in Nebraska City to Howard Eugene & Venettia Bell Schwenneker. She grew up in Plattsmouth, Alvo & Lincoln along with her older brother Charles, and older sisters Ronda & Glenda. She married David Porter in 1973, and that union bore 2 daughters, Angela Dawn & Lisa Michelle & a son William Floyd. They were divorced in 1976. She married a second time in 1978 to Ronald Gore, that union bore another daughter, Amanda Lea, and the marriage never ended.

Treva was a homemaker, she loved scary movies, country music and collected many things, including M&M memorabilia, nutcrackers, porcelain bisque dolls, holiday decorations, cat & dog figurines, roosters, curio cabinets, as well as having a fairly extensive hardback book collection of her favorite authors, which included Stephen King, John Saul, Joanne Fluke, Sue Grafton, Janet Evanovich, Katherine Coulter, and James Patterson. At the time of her passing, she had just begun reading James Patterson’s novel Burn, which is one is a series, and Treva always insisted on reading books written as a series strictly in order.

On Saturday November 10th @ approximately 6:00 AM Treva passed away at home, after a long battle with diabetes, and the many complications that come with being a type 1 diabetic. Her passing was sudden, and unexpected, and as one might expect, broke the hearts of her husband, daughters, grandchildren, sisters and family members.

Those who knew her were well aware of her battles with the disease and its many complications. Treva fought bravely and was an inspiration to many as she battled extremely long odds for nearly 30 years after being diagnosed in 1991. Her diabetes was such that it was very difficult to gain control of the disease for many years, so she endured many complications, including the amputation of her lower right leg in February of 2012.

She bravely fought on, which given the gravity of her disease, it’s many complications, and the loss of a limb, is remarkable, and a testament to Treva’s resolve and the sheer guts of the woman. She continued to keep house, maintain her many collections all while riding a 3 wheeled scooter, and was able, in her last years with the help of the latest medical advancements and one very remarkable physician, (Dr Shannon Wakeley) to finally gain a measure of control of the disease and managed to enjoy some really good A1C’s in recent years.

As a collector of many things, Treva loved to shop at Goodwill and really all thrift stores and garage sales. Her last day on earth was spent making the rounds of the Goodwill Stores in Lincoln.

Treva lived life on her own terms, without apology, as anyone who knew her well surely knows. While not everyone who knew Treva always felt her love, she loved everyone, even during those times when she might be estranged from friends or family members. She raised 3 daughters, she witnessed the horror of losing her oldest in 2015, she lived in Lincoln, Garland & Greenwood, NE, Guthrie, Oklahoma, Tacoma, Offutt Lake, & Fife, Washington, as well as a very short time in Kansas. She & her husband traveled some in several motor homes owned over the years (one of her collections was ceramic pigs from each state visited), were homeowners several times, lost parents, brothers and sisters, many beloved pets, witnessed the births of grandchildren,great grandchildren, nieces, nephews, great nieces and nephews, lived through many trying times and ups and downs and had just retired on October 1st of 2018.

There will be a celebration of life at a time and location yet to be determined, all persons who know or knew Treva or her family members in life are invited to attend. The time and location will likely be announced on Facebook, or other social media at some point in the future.

Those wishing to honor Treva may do so by a) living your life on your own terms without apology, as she did, and/or b) adopting a homeless pet and giving that pet a forever home.

Treva’s favorite hymnal was “In the Garden”, by C Austin Miles, so at this very moment, she is In the Garden, the dew in still on the roses, the birds are singing, they hush when the Son of God is speaking, and she is surrounded by her loved ones who preceded her in death, walking and talking with the Son of God surely knowing the joys that none of us have ever known.