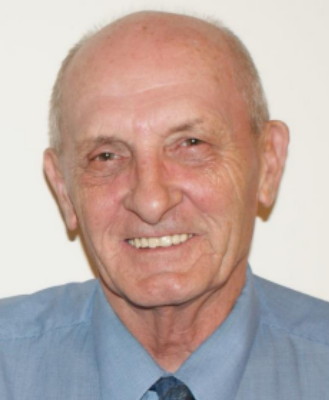 Timothy William Preusker passed away surrounded by his family on April 21, 2022.

Tim was born at home in Battle Creek, NE to William Gus and Sewerna Emelia Sophia (Rodekohr) Preusker on November 16, 1938. He grew up on a farm east of Battle Creek and attended St. John Lutheran School. After graduation from Battle Creek High School Tim entered the US Army and was stationed in Alaska.

Tim met Marilyn Overhue of Osmond, NE and they married in Norfolk, NE on July 26, 1959. They settled in Norfolk where they were blessed with two children Tracy Joy and Todd Timothy.

The family moved to St. Joseph, MO in 1970. Tim was a warehouse manager for Sherwood Medical for 35 years. When Tim retired, he and Marilyn moved to Lincoln, NE. to be closer to their family.

Tim enjoyed square dancing and was a member of the Pony Express Square Dance Club. He loved to golf and watch all things Husker. Tim’s greatest enjoyment came from attending the sporting and school events for his Grandchildren and Great Grandchildren. Tim was a constant at these events and always had a smile on his face, a peppermint life saver, and positive words for his Grandchildren. His phone calls on your birthday were something we all looked forward to.

After Marilyn passed away Tim was blessed to meet his very special friend Mary Nemec. Mary immediately became part of our family. They shared many of the same interests and Mary also became a fixture at the Grandkids and family events.

Graveside services will be held at 1:30 pm Monday May 2nd. at St. John’s Cemetery in Battle Creek, NE. with reception to follow at St. John’s Church.