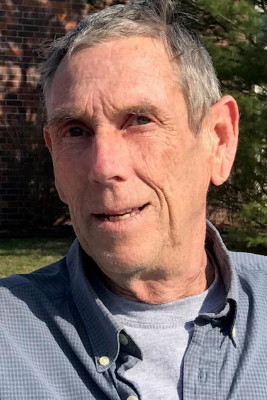 Thomas “Tom” C. Walters, 66, of Lincoln died on December 3, 2022, at The Monarch by Eastmont in Lincoln, after a lengthy and courageous battle of cancer and its complications. Tom is survived by his daughter Lyndsay (Brandon) Uglow of Lincoln and grandsons Jordan and Ashton, and daughter Sunny Walters also of Lincoln.

Tom was born in Columbus, Nebraska on January 14, 1956 to Richard and Alta Walters (both deceased) and has six surviving siblings: Ron (and Donna Guthery) of Houston, Texas; John (and Janet) of Hastings, Minnesota; Sara (and Bob Tlustos) of Omaha; Ann Walters Tillery of Lincoln; Karen Gaughen of Columbus; and Don (Cindy) of Omaha. Tom also leaves behind special friends Betty, Karissa and the entire Agudo family of Lincoln.

Tom was a 1974 graduate of Columbus High School and a 1976 graduate of Trinity Western College in Langley, British Columbia, Canada. Growing up, Tom was known for his endless parade of friends coming over to the house to play card games. Tom lettered in high school football, basketball and played baseball. While attending Trinity Western College in Canada, Tom played on the college basketball team and later coached the girls basketball team.

Tom was a hard worker. He started as a traveling lineman for Nebraska Public Power District moving onto maintenance operations at the Sutherland coal plant operating a Melroe coal dozer. In February 1985 Tom moved his family of four to Coushatta, Louisiana and continued working in coal operations for Cleco-Mansfield Power Plant. Tom was a member of the Coushatta Methodist Church, church choir, and a member of the church board for the three years they lived in Coushatta. He enjoyed playing softball with his work team during the summer weekends. In November 1988 he moved his family back to Nebraska to be closer to extended family. Tom then worked for Jacob North Printing and attended Southeast Community College and received his Printer Technician degree following his family roots in the printing field.

Tom was a devoted friend to many and was known as someone who would give the shirt off his back to help anyone in need. He shared his later years in life with the Agudo family and enjoyed the extra company and adventures as a surrogate father, uncle and grandfather.

A celebration of Tom’s life will be held at a later date as his final wish is to have his ashes laid to rest in the Columbus Cemetery beside his parents. The family is eternally grateful to the many devoted health care professionals at Traditions Hospice and The Monarch by Eastmont in Lincoln who provided Tom with exceptional and compassionate 24/7 benevolent end-of-life care.