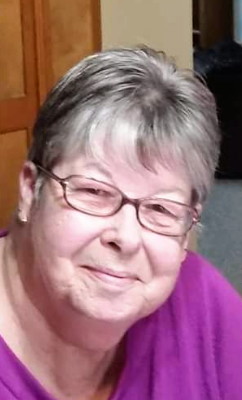 Terry’s wishes: “I would like to be cremated and not have a funeral but a celebration of life. Have a party. I always loved a good party.” She also wanted her family and loved ones to know, “I loved you all so very much. You all are so special in your own ways and so very special to me.”

Terry Lee (Larson) Davis, the daughter of Ronald Ormand Fowler and Alice Louella (Sims) Fowler, was born in Aurora, Nebraska on September 16th, 1949 and was later adopted by Irl Eckert Larson when he and her mother were united in marriage in 1955.

Terry grew up in rural Hamilton county, mostly near Marquette, Nebraska. Growing up on the farm she spent many summers swimming in the river and riding horses with friends and family. She attended Marquette Consolidated Schools and after graduating, studied to be an airline stewardess in Denver, Colorado for a short time.

When she returned to Hamilton county, she worked at Chuck’s Drive-In in Aurora Nebraska where she met and married her first husband in 1968. There they had one child and later relocated to Hastings, Nebraska where they had two more children and Terry started her nearly 30-year career with Lincoln Telephone & Telegraph. She took a few years off and mostly stayed home with the kids as the family moved around from Elm Creek, to Stromsburg, to Central City. They eventually returned to Hastings where she resumed her position with LT&T.

Not long after her divorce in late 1983, LT&T closed its doors in Hastings and transferred Terry (and several of her friends/co-workers) to their offices in Lincoln, Nebraska where she relocated with her three children. Once a month Terry would get together with her girls from the telephone company for Card Club, a tradition that continues to this day. Among other things, she also enjoyed live music, dancing and comedy. At one such event in 1995 she met Steve Davis. They were united in marriage on July 12th, 1997 and she welcomed his two children into the fold. They spent many happy years together, mostly in the Hickman/Roca, Nebraska area until they settled on their acreage near 68th and Roca Road in 2003. After retiring from LT&T, Terry went on to work at Lower Level Nuclear Waste Compact and then for Crete Carrier before fully retiring at the age of 65.

Terry survived Polio has a child, two bouts of breast cancer and two heart attacks. She had recently been diagnosed with stage 4 bone cancer but succumbed of natural causes, at home, peacefully in her sleep as she wanted.

Terry was preceded in death by her parents, brother, Richard A. Larson and her stepdaughter, Josalynn (Davis) Kennell.

Those left to cherish her memory are her husband, Steven Davis of Roca, Nebraska, her children, Anjanette Howe, Eric and Chris Howe, and Heather Howe, all of Lincoln, Nebraska, and her stepson, Joachim and Kim Davis of Princeton, Nebraska. She is also survived by her grandchildren, Gabbrayelle, Caleb, MaKayla, Justin, Dillon, Allycia, Helaina, Steven, Kassidy, J.J., Hunter, Annysia, Zackyus and Jaydn, and great-grandchildren, Zariah, Greycen, Tabitha, William, Haylie and Jaxson as well as many in-laws, aunts, uncles, cousins, nieces, nephews and dear friends.