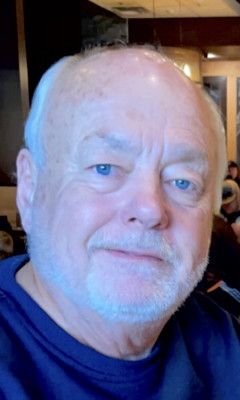 His early childhood years were spent in Franklin, NE where he learned to hunt and fish and enjoy nature, which he carried with him throughout his lifetime.  He loved track in school and often took place in track events.  On one occasion, he ran so fast that he lost a shoe and a competitor stepped on the inside of his bare foot with his cleats, but Steve kept running.  He ended up needing stiches, but he finished the race which got him a write-up in the local newspaper.  That drive and determination was something he kept with him at whatever point of life he was in.

With a family change came a move back to Lincoln where his middle and high school years were spent.  He selflessly mentored and helped care for his younger siblings.  He took on tough responsibilities and learned the virtues of self-sacrifice and helping others.  There was no one he would not lend a hand to.

After school he joined the U.S. Army and spent 2-years in Missouri and Colorado. Upon his return he married his high school sweetheart, Patty on October 17, 1980 and started their family of three and grandparents to seven.

Over 45 years ago Steve began his distinguished career with the City of Lincoln Wastewater System.  He worked his way up from being an Operator to Superintendent of Operations and had authority over two advanced wastewater treatment facilities.  He provided valuable input to the planning and design of the facilities and took on a vital role in the successful startup, operation and maintenance.  These facilities received several EPA regional and national awards for outstanding operation and maintenance.  Steve was key to the successful and efficient operation and maintenance of these facilities over the decades.  He was very active in Nebraska Water Environment Association and the Water Environment Federation over many years and served on numerous committees, including being on the NWEA Executive Board and serving as the Director.  With his expertise and certifications he was sought out for consultative work in other cities and states.

Steve loved long drives in the country, often times letting the gravel roads take him wherever they led him.  He especially loved spending time in western Nebraska, particularly the Valentine area.  His son, grandsons, and nephews were all part of his journeys whether it be for summertime fishing or wintertime ice fishing.

His most cherished time spent however was with his family.  He loved taking them on vacations, often being on the beach and close to the ocean.  Near the end of his life he made one last trip with his family to Florida, a place he had hoped to retire to.  The time spent with his grandchildren was endless.  There is hardly a picture of him without one or more on his lap or by his side.  His family reveled in  his excellent cooking skills.  He was told on more than one occasion that he missed his calling – that of being a chef.  He was as good or better with the BBQ as any other.  Many of his weekend meals were like a holiday feast.  He also loved taking care of his yard, which included an array of beautiful flowers.  There was nothing that did not flourish under his green thumb.  He was a friend to many  and enjoyed vacationing with them and finding the best eating establishments wherever they went.

Memorials to the family will be designated at a later date.