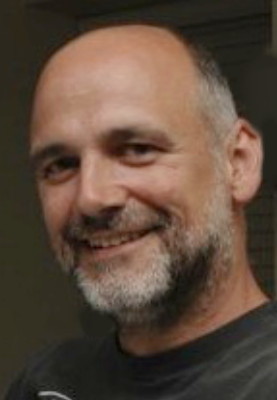 Steve was born February 17, 1964 to Mary Crooks and Geoffrey Crooks. He attended Lincoln Northeast High School. After high school, Steve entered the Army and was stationed in Fort Bragg, NC where he was also promoted to dad status. Upon completing his service, he returned to NE where he briefly attended UNL for engineering before he began work at Goodyear (ContiTech) for 30 years. Best times were with family and friends, lighting fireworks, playing music, fishing, camping, gardening, and cooking amazing food. Treasured most were the times vacationing with his children, taking photos, and star gazing. Steve was an accomplished singer guitar player and artist.