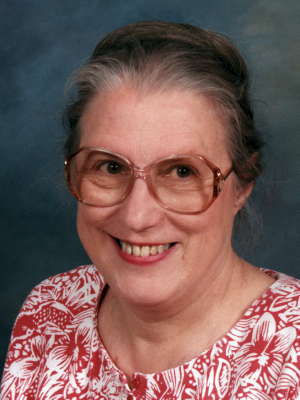 Shirley Suann “Sue” (Ellsworth) Scaggs, 94, of Urbana, Illinois passed away in her sleep from respiratory failure in her son’s home, in Lincoln, Nebraska, on Wednesday, January 18, 2023. Shirley was born on June 6, 1928, to John and Mildred (Farr) Ellsworth, in Salt Lake City, Utah, as an only child. Shirley has a half-sister from her father’s previous marriage. The family moved to Collinsville, Illinois several years later. She attended Collinsville High School, in Collinsville, Illinois, and married her high school sweetheart, Robert Tyler Scaggs, on January 27, 1951, at St. John’s Evangelical and Reformed Church. After moving around for several years while Robert served in the navy, they settled down in Champaign-Urbana, Illinois. They had two children. A year ago, they moved in with their son due to failing health. Shirley was a loving mother and wife for almost 72 years.

Shirley was a long-time learner, always taking classes on many different interests. She was always ready to serve her community, which she did by being a driver for Meals On Wheels and hosting foreign exchange students. She often served in her church with various activities. Shirley loved to travel and see all the places she could with her family. Her highlight trip was going on a Mediterranean cruise for her and her husband’s 50th wedding anniversary.

Shirley will be cremated. A memorial service will be planned at a later time in Urbana, Illinois.