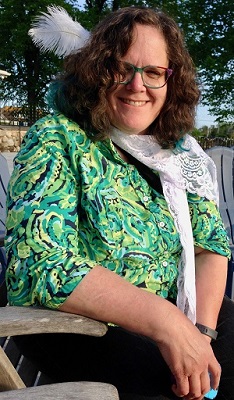 Sara Jean Dodder Furr, 60, died on Dec. 27, 2017 in a Lincoln, Neb. hospital after a brief battle with infection following knee replacement surgery. She was born in Muscatine, Iowa on Sept. 14, 1957 to Rev. Dr. Robert and Patricia (Hamlin) Dodder. She grew up in the Iowa communities of Guthrie Center, Wapello, Creston and Council Bluffs while her father served as a United Methodist minister.

Sara was passionate about social justice and peace issues because she wanted a better world for her three children whom she so loved. She served on the Nebraska Foster Care Review Board during her early years in Lincoln. She was active in the church all her life, including Aldersgate United Methodist Church for the last quarter century where she valued the community-focused atmosphere. More recently, she took strong action in support of Nebraskans Against Gun Violence. Friends and family valued her for her honesty, humor, compassion, and open-mindedness.

She and her ex-husband KC raised three amazing children: Nat, 22, Abby, 20 and Nora, 17, all of Lincoln. She also is survived by her sister Joanna Dodder Nellans of Prescott, Ariz., and stepmother Irene Dodder of Council Bluffs, Iowa. She was preceded in death by her grandparents, parents and sisters Rebecca Lynn and Debra Kay.

After moving to Lincoln to attend Nebraska Wesleyan University, Sara chose to make Lincoln home for the rest of her life. She was a Quality Improvement Specialist for the Nebraska Department of Health and Human Services for the past six years. She was a social media coordinator for MilkWorks for the past 17 years, as well as a MilkWorks International Board Certified Lactation Consultant in 2001-present. After experiencing breastfeeding issues with her first born child, the help she received from La Leche League inspired her to become a lactation consultant and state and national leader for La Leche League International from 1999 to 2013. Previously she used her University of Nebraska Master’s in Social Psychology for jobs as Cost Utilization Analyst for Mutual of Omaha, Senior Research Analyst for Wiese Research Associates, and Vice President of Analytical Services for National Research Corporation.

Memorial contributions may be offered to any of the non-profit organizations listed above. Sara will be cremated. Memorial arrangements by Aspen Cremation and Burial Services in Lincoln.