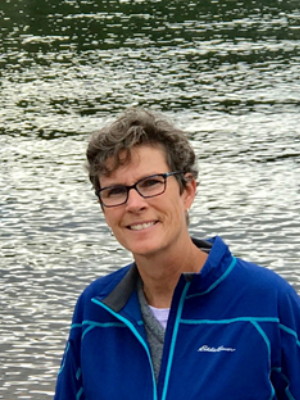 After a courageous fight, lasting almost two years against glioblastoma, Sandra passed away surrounded by family on July 13, 2019.

Sandra was born on January 8, 1962 in Toronto to Don and Dorothy Killin. At the age of 19, she came to the University of Nebraska Lincoln on a swimming scholarship. She met her husband Mike shortly after and they were married in 1984, starting a family together three years later.

She was a stay-at-home mother for three wild boys up until they entered middle school. Then, she found her true calling as a Special Education Teacher. Sandra earned her Masters in Special Education and became a teacher at Lincoln Southeast High School in 2003, where she taught until her diagnosis in 2017. In her incredible career, she was Department Chair of Special Education and was recognized as an outstanding educator in 2016.

Her students became family; at the drop of a hat, she would do anything for them. She pushed to implement inclusion for Special Education students in athletics. With her background as a swimmer and coach, she could train her students to join the Southeast swim and track teams—all becoming possible with the great support from Southeast High School. In 2019, she received the Track and Field Community Service Award, in recognition of her exceptional record of service to interscholastic athletics in Nebraska.

As per her wishes, there will be a small, private memorial and spreading of her ashes in Canada. There will be no other services held. In lieu of flowers or cards, please make a donation in Sandra’s name to the Special Olympics.