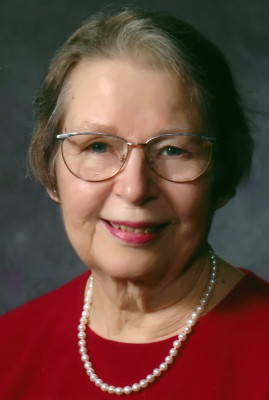 Ruth came to Nebraska to attend the University of Nebraska and played in the marching band here during World War II. She met her husband while attending the university and graduated with a degree in bacteriology.

Ruth and Ralph were active for many years in the Nebraska Democratic Party and served on the Nebraska Democratic central committee, and were awarded the the Patriot’s award. Ruth also served on advisory boards for Lincoln’s mayors. Ruth and Ralph both recognized that people in Nebraska needed high quality and affordable continuing education as well as training to support the trade and service industries. To help achieve that goal, Ruth served on the Southeast Community College Board of Directors from 1989 until she turned 90 in 2016.

Graveside services will be on June 12th at 1:00 p.m. at Wyuka cemetery in the new Soldier’s Circle.

To view a video on Ruth’s life go to this website.

Memorials to assist with additional support for educational opportunities are welcome:

Checks payable to Southeast Community College Educational Foundation with a note in memo or attached note that this is for the Ruth Johnson Memorial fund and mail to: