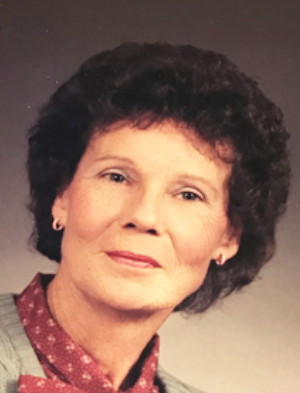 She was born March 21st, 1934 to Eli McKibbon and Mary (Goodin) McKibbon in Oklahoma.

In 1949 she married Cleman Bryant. They lived in the Oklahoma area where she worked in food service.

She married Frank Strong in 1953 in Muleshoe Texas. They lived and worked in Texas, later moving to Colorado where she worked for the Eaton School District in food service, and then for Kodak of Colorado.

Ruby married Bill Spaedt in 1979 in Greeley, Colorado. They lived and worked in the Eaton area. She loved gardening and making her home beautiful. She was known for making every plant she touched grow.

She was preceded in death by her infant daughter Pricilla Bryant, her parents, and eight brothers.

She was a generous person and loved her family. She was known for how much she loved to talk and never knew a stranger.

Condolences can be offered at www.aspenaftercare.com.