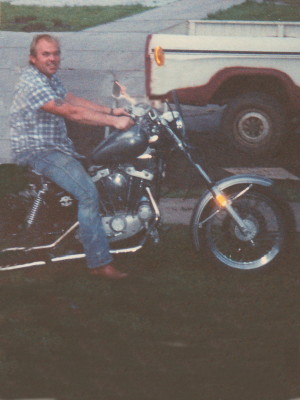 Ron was a respected bricklayer and had built many of the buildings and houses in Lincoln and the surrounding area. This included new builds and numerous repairs and updates. His favorite hobbies included hunting and fishing.

Ron is survived by his three sons, Brad Jackson of Colwich, Kansas, Brian and LuAnn Jackson of Tobias, Nebraska, and John and Trica Jackson of Cheney, Kansas; eight grandchildren, Rebecca, Matthew, Brianna, Brandon, Brigette, Keith, Wesley and Ashley; and one great grandson Santiago; sister Kelly; nieces and nephews and many loving relatives. He was preceded in death by his mother Joan, brother Scott and son Matthew.

The family would like to give thanks to the special care that Ron received at Madonna St. Jane De Chantal and Aspen Cremation and Burial Service.

Ron’s celebration of life was held at 1:00 p.m. Saturday August 17th, 2019 at Christ Place Church – Van Dorn, 5555 Roose St, Lincoln, NE 68506  with Pastor Lance Riley officiating. His ashes were spread privately by the immediate family at a later time.  In lieu of flowers, the family asked for memorial donations be made to the Wounded Warrior Project.