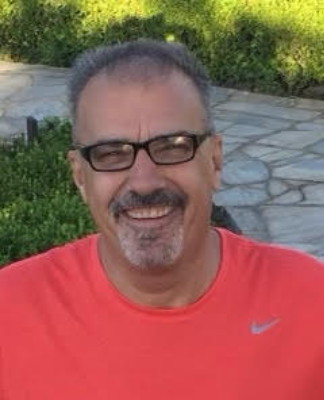 Ron Robertson, age 69 years, of Elkhorn, passed away with his daughter, Shannon, at his side on Wednesday, March 30, 2022.  Ron was born on May 28, 1952 to Floyd and Helen (Alt) Robertson of Lincoln, NE.  He graduated from Lincoln Northeast High School and proudly served in the Nebraska National Guard for 9 years from 1972 to 1981.  Ron loved driving a truck and delivering freight to locations throughout the Midwest and was a member of the International Brotherhood of Teamsters.

Growing up, Ron spent much of his time with his two best friends – his brother, Dale, and Duane Johnson. The three would be inseparable for life, continuing their friendship into adulthood by playing recreational basketball, playing cards, and celebrating holidays together. Ron married his first wife, Vicki Preuss (Larsen), and the they raised two children, Shannon and Troy. He loved being a father and was a positive force for his two children during childhood.  He loved to tell jokes, coach sports, watch movies, and lead by example.

In 2000, Ron would meet the love of his life, Carol Martin (Pettet), and begin a new chapter in his life, gaining three children – Jeffrey, Jamie, and Abbie.  Ron and Carol loved to travel and had fond memories of trips to Norway, Mexico, Costa Rica, and most recently to Florida.  The two created a modern extended family that was truly blessed.

Ron loved spending time with his grandchildren and being called Papa and Grandpa.  He enjoyed going to movies, swimming, and telling stories and jokes with his grandkids.  They will miss him dearly and have many memories with him to cherish.

Several difficult events would cross Ron’s path throughout his life and challenge him.  His mother, Helen, passed away from cancer when he was 15 years old.  His stepson, Jeffrey, was taken by cancer at the young age of 38.  Ron had multiple positive cancer diagnoses for Non-Hodgkin lymphoma from 1995 to the present, and he would successfully beat each one with chemotherapy.  He was diagnosed with congestive heart failure in 2010, which led to him having to quit one of his greatest passions – driving a truck for a living.  While he recently lost his last battle with bile duct cancer, Ron’s resilience was unmatched.  He would embrace each of his battles with positivity, courage, determination, and tenacity – his faith in God never wavered.  If there was ever someone to personify dusting themselves off and getting back up after getting knocked down, Ron was that person.

Services will be held on Monday, April 25th at 11:00 am at St. Luke United Methodist Church at 1621 Superior St in Lincoln, NE.  Friends and family are invited to gather at Spikes Beach Bar and Grille at 2300 Judson St in Lincoln, NE following the services.

Memorial tributes can be made in the form of charitable donations to the American Cancer Society.

“I can be changed by what happens to me, but I refuse to be reduced by it.”– Maya Angelou