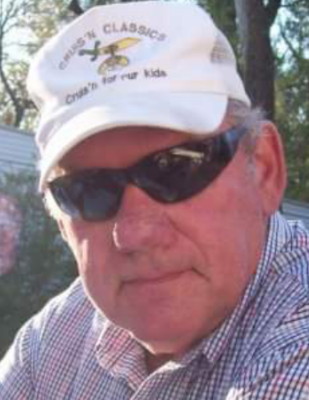 Robert was born in Humboldt, Nebraska to Ed and Nadine Stutheit. He was a 1957 graduate of Humboldt High School. Throughout high school Robert was excellent football player and excelled at everything he did. After high school he moved to California for a short time. He also served in the Nebraska National Guard.

In August of 1960, he married his wife, Shirley. They had two children, Greg, and Teresa. Robert and Shirley lived various locations, however spent most of their married life in Lincoln. Robert was one of the original owners of Double B Mobile Homes located on West O Street in Lincoln. Robert sold many motorhomes around the Lincoln area. Robert was involved in camping and outdoors all his life! Robert continued his working career operating heavy equipment and dirt work with Hansen Construction in Emerald, NE.

Robert enjoyed classic cars all his life. He was especially proud of his, 1951 Kaiser, which was his father’s car. He restored this car from the ground up and was so proud to have it back on the road. He showed cars in various car shows and attended parades with the Cruisin’ Classics Unit of the Sesostoris Shrine. Robert enjoyed going on car cruises and camping trips with his friends and family to locations all over Nebraska and surrounding areas. Robert loved to hunt, fish, boating and anything outdoors.

Robert was a member of the Crusin’ Classics Unit of the Sesostris Shrine, Master Mason with Liberty Lodge 300, and Denton American Legion Post 355.

Robert loved to work hard and play hard. He was never one to slow down too much. Robert and Shirley always liked to visit with friends at the local taverns. They enjoyed shuffleboard leagues back in the day at Merle’s Food and Drink in Emerald. Robert lived his life to the fullest, and was a great husband, father, brother, and friend to all that knew him.

Robert is proceeded in death by his parents: Ed and Nadine. Brother: Ralph.

Celebration of Robert’s Life will be held at Denton American Legion Post 355 on Saturday, November 20th from 12-3PM. Robert chose cremation, and a private burial will be held at later date.