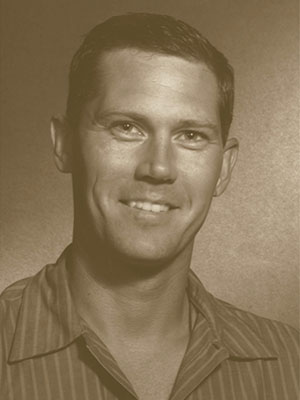 Rick Lynn Braun, nicknamed “Brownie” was born September 4,1963 in Henderson, Nebraska to Irvin and Doris Braun. He went home to His Heavenly Father on November 5, 2017 (All Saints Sunday) surrounded by his loving wife, Cindy, and kids; Morgan and Landon. Rick passed away following a courageous battle with MS.

Rick was raised on a farm just outside of Hampton, Nebraska where he graduated from Hampton High School, class of 1981. In high school, he acquired the nickname “Whoosh” for his basketball shot. He attended Southeast Community College-Milford and graduated in 1989 shortly after he was united in marriage to Cindy Rathje on May, 27th.

Rick worked 20 devoted years at Duncan Aviation as an NDT Quality Control Inspector. He loved his job, the travels with it, and the many memories he made with friends at work. Following his “retirement” he volunteered at Norris 160 Public Schools where his wife worked and children attended. He read to students with the therapy dog Izzy, was the only “Dad” active in PTO for a few years, helped with sporting events and shop class in the high school. Rick was well known and highly regarded in the Norris Community. He was a 2011 Norris Foundation Titans award winner for his longtime volunteerism in the schools.

He was a member of Southwood Lutheran Church where he served as an usher and reader. He also enjoyed serving others at Matt Talbot, the City Mission, and Southwood Serve days. Rick served on the Southeast Community Advisory Board for NDT and made a commercial for SCC.

His greatest joys in life were watching his kids grow up and rejoicing in their accomplishments at sporting events, show choir performances, musicals, and graduations. Rick was a loving father, husband, son, brother, uncle, and friend to all.

Rick was a kind, welcoming, and gentleman. His firm handshake and ever present smile made strangers feel like friends and friends feel like family. He enjoyed the friendship of many people, which included drinking coffee with friends, hunting, and watching Nebraska football. He exemplified positivity and perseverance in the face of adversity.

In lieu of flowers, memorials are suggested to the children’s Education Fund.