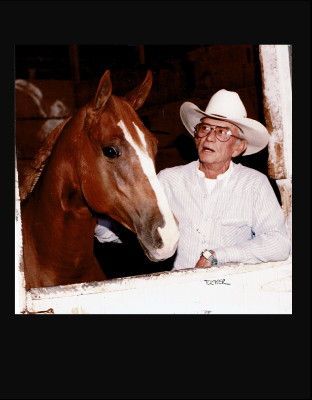 Richard “Dick” Streit of Lincoln, Nebraska, passed away April 1, 2019, at his home in Lincoln.  He is survived by his partner Dian Rogers and her daughter Ryana; his sister Marilyn Zastrow of Grand Island; and a host of nieces, nephews, and friends.

Dick was born September 2, 1940, to Ben and Dorothy Streit in Red Cloud, Nebraska.  He attended Franklin High School, where he was an active member of Future Farmers of America and played basketball and football.  He graduated in 1957 and went on to attend the University of Nebraska-Lincoln, where he pledged Delta Tau Delta fraternity.  His time there cemented his passion for Husker sports – especially volleyball and football.

Dick was a true “jack-of-trades” and worked a number of jobs throughout his life including farming, sales, driving trucks, welding, and serving in the National Guard.  A true cowboy at heart, his favorite was raising horses and working as a cattle nutritionist. He retired in 2005 and moved to Lincoln.  He and Dian started Simply Homemade, making baked goods at farmer’s markets, first at Piedmont and then later at Old Cheney.  Dick’s job was washing dishes, rolling cake bites — by the thousands, and talking with the customers, which was, by far, the part that he enjoyed the most.

Dick was a feisty, fun guy.  He loved going to the casinos with Dian, spending time with family, and talking with his friends and neighbors.   He was an avid fan of watching bull riding and was able to attend the National Bull Riding Championship in Las Vegas, crossing that off of his bucket list – twice.

A celebration of life service was performed by the Rev. Susanna DesMarais at the Church of the Holy Trinity, 6001 A Street, in Lincoln, Nebraska on Monday, April 8, 2019, at 11:00 AM.   Inurnment will be at a later date in Franklin, Nebraska.  Online condolences may be shared at www.aspenaftercare.com.