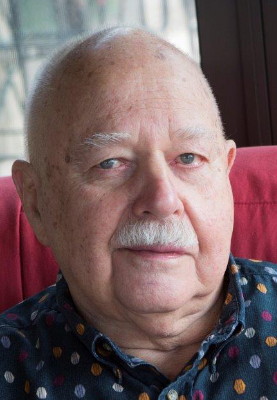 Raymond Roger (Ray) Kuhns, 83, Lincoln died Friday November 16, 2018 at The Monarch. He was born on a farm east of Shickley, Nebraska, (12/11/1934) to Joseph & Emma (Roth) Kuhns. He was the last sibling in the family of 11. Ray attended a country school 1 1/2 miles from the farm, then in 1953 he graduated from Shickley High School. He worked for a farmer in the summertime. In his youth he accepted Christ as his personal savior & was baptized into the Mennonite Church.

Ray married Gloria Schweitzer on August 21, 1955 at West Fairview Mennonite Church, Beaver Crossing, Nebraska. They spent two years in Denver, Colorado as Ray was in One W service. They moved to Aurora, Ohio & Ray worked in a cement block plant for two years then returned to Lincoln, Nebraska where their three children, Douglas, Chere & Tim were born. Ray worked for Cushman Motors for 10 years. Ray & Gloria moved to Geneva, Nebraska in 1967, where they raised their family. Ray worked at Fillmore County Hospital as ambulance driver, maintenance supervisor, and purchasing for 20 years. He was very active in Faith Mennonite Church serving as Elder, Sunday School Teacher and various projects. Ray & Gloria worked many hours at the MCC Relief Sale in Aurora, Nebraska serving breakfast and working with quilts and blankets. While in Geneva, Ray & Gloria opened their home to 13 foster children. After retirement they managed the Goldenrod Motel in Geneva, were assistant managers of various retirement facilities which took them to Omaha, California, Arkansas and back to Lincoln. Ray was a charter member of First Mennonite Church in Lincoln.