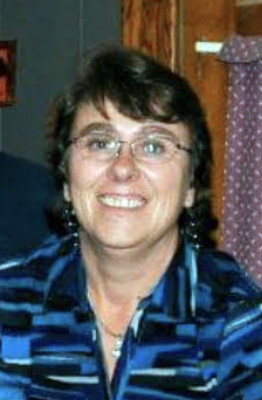 Peggy Sue Guenther, 61, of Dunbar, NE peacefully left this life on Sunday April 10, 2022 after her short battle with cancer. She was born to the late Joyce Rutt and Delbert DeVoogd in La Mesa, CA on September 20, 1960.

After the retirement of her grandfather from the U.S. Navy; Peggy moved to Nebraska with her aunt where she graduated from Palmyra High School and went on to college and pursued a degree in accounting. Peggy started her life journey into real estate and accounting. During these years Peggy raised two children; Carrie and Jason.

Peggy later went on and married Alvin Guenther in 1993 where they lived on the Guenther Family Farm in Dunbar. Peggy gave birth to a daughter; Amelia in 1997.  Peggy obtained her Bachelor’s and Master’s degrees from Peru State College and her post Master’s from Doane College in Secondary Education.

She followed several career paths, eventually finding her true calling as a Jr. High Special Education Teacher at Elmwood-Murdock High School in 2009. She planned to retire in May of 2022. During Peggy’s time at Elmwood-Murdock she coached Jr High Girls Basketball, Cross Country, and was the Jr High Student Council Sponsor. Peggy made a positive impact in the lives of many students, parents, and fellow teachers at Elmwood-Murdock.

She had a strong love for God, enjoyed her time reading and being with her family on the farm.

A Celebration of Life will be held on Saturday April 23, 2022 at 10:30 AM at First Evangelical Lutheran Church in Nebraska City, NE with lunch/visitation to follow. The church will be open from 11:30 AM- 1:30 PM for those who wish to visit but not attend the service.