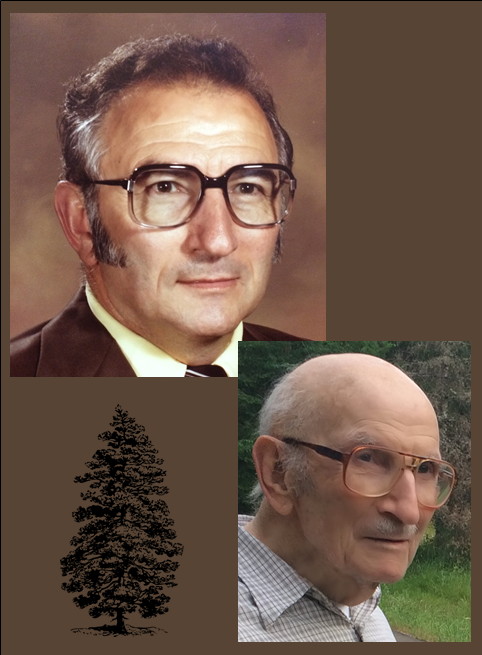 Paul R. Boehner, 94, passed away February 28, 2020.  Born in Philadelphia, PA, Paul joined the Marines at 17 and served in WWII as a radar operator on Okinawa and Tori Shima.

After finishing his bachelor’s degree at Penn State, Paul taught at public schools for 35 years, and was a Lincoln Junior High science teacher for 22 years in Cottage Grove, Oregon; known for weekly labs and field trips for his CONECO class (Conservation and Ecology).

He was also active in the teacher’s union and other educational organizations.  Eagle Scout honoree, Paul served as scoutmaster for several troops for over 20 years.  Combining his passion for nature and education, Paul worked diligently to help save a remnant of old growth forests from logging to use for education and research, called Boehner Woods (www.forestweb-cg.org/saving-boehner-woods), where he had taken students and near where he completed his Master’s degree research project.  He wrote and published songs including a musical, “Yellowstone”, a tribute to where he worked many summers in his youth.  He lived 56 years in Cottage Grove.

Paul was preceded in death (by only 5 months) by his beloved wife of 40 years, Frances (Bassett) Boehner, also a local teacher and comrade-in-arms for charitable giving and caring for all living things.   Paul met his first wife, Katherine (Griffus) Boehner (deceased) when they worked at Yellowstone NP during the summers, and raised four children together:  Paula (deceased), Peggy, Guy and Patricia.  Paul is survived by daughter Peggy Boehner (Robert) and grandchildren Shelby and Kodi (Mike) and great-grandchildren Christian and Charlotte; son Guy Boehner; and daughter Patricia (Bahman, deceased, and partner Mark) and grandchildren Ashkon and Ryan.  Paul’s step-children are Lyn (Val deceased, grandchildren Vanessa and Gabriel); Jagat Joti Singh (Kartar Kaur); and Nancy (Coghan).  His extended family are spread throughout the United States.  Paul and Fran’s remaining rescued felines are Penelope, Whiskers, and Ashley Wilkes.

A memorial is being planned for a future date.

The family welcomes donations to Forest Web as an expression of sympathy instead of flowers.  [Forest Web, P.O. Box 1026, Cottage Grove, OR 97424 or at www.forestweb-cg.org/donate.]