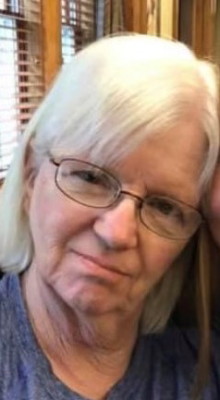 Patricia Anne (Hoffner) Keifer, of Lincoln, Nebraska, passed away on March 29, 2021 in Lincoln. Born in Allentown, Pennsylvania, she is the daughter of Donald and Dorothy (Tait) Hoffner. She graduated from Northwestern Lehigh High School in New Tripoli, PA, in 1965.

Pat was married to Richard Keifer from November 1, 1975, until his death in 1998. Together they traveled the country as over the road truck drivers. They made a home in Bennet, Nebraska, where they raised three children. Donald, Edward, and Katie. As Richard continued driving and providing, Pat continued her driving career behind a bus, for Good Life Tour and Travel and Palmyra-Bennet Public Schools. She found great joy in transporting children to school and events, and even adults to Cornhusker Football home games.

She had many hobbies throughout her life, but some of her most recent include embroidering, birdwatching, and gardening.  She loved to ‘create’. She had a green thumb in the garden and many at Southlake Village knew she could bring any plant back to life. She was often referred to as the plant lady.  She loved her children and grandchildren, with all her heart and showered them with many types of sewing and embroidering gifts.

Pat is proceeded in death by her husband, Richard, her parents, Donald and Dorothy Hoffner, and Stepfather, George Folk.

In lieu of flowers, the family requests donations be made to: The Sunken Gardens in Lincoln, Nebraska, in her name. For convenience, the following link can be used, https://www.lincolnparks.org/donation-pages/general-donation.html and then direct the donation to Sunken Gardens or mail to: Lincoln Parks Foundation, 3131 O St, Suite 301, Lincoln, NE 68508.

A celebration of life service will be held at a later date.