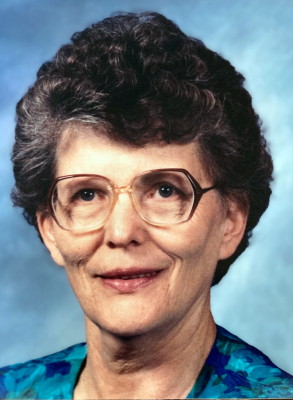 A Glimpse at the life of Mitzi L (Smith) Wiggle:

Mitzi Lois was born to Elwyn P Smith and Vivian E (Nelson) Smith on December 19, 1932 in the Portland Adventist Hospital in Portland, Oregon. Her grandfather paid for her birth with a few sacks of potatoes from his farm. She passed to her rest in Lincoln, Nebraska on October 3, 2022 at 89 years old.

Mitzi’s parents were church school teachers in Southern California. Mitzi went to school early in life since there wasn’t much money for child care. She went to first grade three years and second grade for two years. In 1940 her parents went to Hong Kong to teach school. By the end of the school year, the Japanese were getting close to Hong Kong in their war efforts. Elwyn noticed a United State steamship in the harbor when school was out and he obtained passage for Vivian and Mitzi and Billy to San Francisco. Billy had been born in October at the Castle Peak Hospital and was only about seven months old.

When Mitzi was in the sixth grade, she went to Lynwood Academy where her mother was teaching English in the high school. Mitzi graduated from Lynwood Academy in May of 1951. She then went to La Sierra College where she worked her way through college on the five year plan. There she met Jerry Wiggle and they were married on June 9, 1955 after their junior year. They graduated together in June of 1956.

Their first child, Eric Lee was born in Moab, Utah on July 12, 1957 where Jerry was working for his dad and later for a CPA. In October 1959 Jerry began working for the Southern California Conference and their second child, Annette Rae, was born on May 18, 1960 at a hospital in Montebello, California.

In October 1967 the family moved to Guam Island where Jerry became the Treasurer of the Far Eastern Island Mission. Housing was furnished by the Mission and included basic furniture. Mitzi had been an English major in College and was asked to teach English and history and other subjects in Guam Mission Academy. In February 1972 they transferred to Seoul, South Korea where Jerry was the treasurer of the Korean Union Mission. Mitzi hosted the GI Center located on the Korean Union Mission compound. She fixed meals for GI’s that came to the Center on the weekends. While in the Far East, she got to travel with Jerry to Indonesia, Singapore, Bangkok, Manila, and Tokyo.

After returning to the States in 1983, Mitzi worked in the Southern Union Conference office for several years as a secretary to the treasurer. Sometimes as an auditor for the General Conference Jerry was sent on auditing assignments to various places around the world and Mitzi got to travel with him several times. In 1980 they went to Sweden to visit Swedish relatives and picked up a new Volvo car which they then drove down through Denmark, Germany and across the channel to London, England. Another time Mitzi met Jerry in London and they rented a car and traveled around England, visiting some areas where Jerry had English relatives. Another time they rented a car in Germany and visited places where Martin Luther had been. They visited Museums in Berlin and then traveled down to Southern Germany and into Switzerland.

In 1990 Jerry returned to work for the General Conference Auditing Service at the Mid America Union office in Lincoln, Nebraska. Mitzi was soon employed as a secretary in the Union College Library where she worked until she retired in February 2002 to be able to take care of her mother who had come to live with us. Her responsibilities included supervising the student workers at the library in dusting the bookshelves. Mitzi always had a stash of nickels on her desk so when a student needed to make some copies and didn’t have any change, they knew that they could come to Mitzi for a few nickels.

Mitzi was very patriotic and loved to go to the fireworks at the fourth of July. She always wanted to play “You’re A Grand Old Flag”. She would always turn the volume up when that song was played. She told Jerry many times that she wanted that song sung at her funeral.