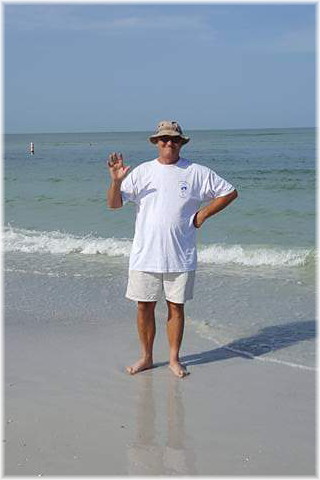 Michael Leon Wendorff, 66 of North Platte passed away Feb. 18, 2020 in Unadilla at his sister’s home, after a hard fought battle with cancer.

Mike was born on January 7, 1954 to Leo and Opal Wendorff. Mike graduated from Callaway High School in 1972.

Mike work for his parents in their grocery store in Callaway all through his school years. His father taught Mike how to butcher and cut meat from cattle and hogs. That’s where Mike learned his talent of fixing anything, excelling in refrigeration. He attended Mid-Plains college and received his degree in refrigeration, starting his own business in Callaway. While visiting friends in Hershey he found a job at Hershey Flying Service, where he spent the next 35 years rebuilding and restoration airplane’s. Hershey is also where he met Brenda Bowen whom he was married to for 16 years. His friends say he was known as the wing man as he and a helper could build a airplane wing in 7 days, quite a accomplishment. After they sold the business, Mike moved to North Platte, found 2 other jobs that his talents shined. Working at Indian Meadows Golf course keeping the grounds and keeping carts running and then at Time Tool Rental where he kept everything in running order. Mike could go through a salvage pile of what other people thought was junk and rebuild it into something. He was quite an inventor, friends used lawn mowers always found a place in his garage. He was an occasional fisherman, but his true love was go cart racing with his granddaughter Mac and golf. You could find Mike at the golf course with his golden retriever Sadie, whom always got to ride in the golf cart. Mike had a heart of gold and one of the best friends you could ever have, He will truly be missed by his family and friends.

He was preceded in death by his parents. Survivors include daughters Amy (Corey) Lange of West Richland, WA and Kelly Wendorff of Lincoln. Three granddaughters McKenzie Lange, MaryJane Wendorff and Chasey Peterson. Sister Pat (Terry) Hudnall of Unadilla, Nebraska. His beloved dog Sadie, numerous other family members and many friends.

A Celebration of Mike’s life will be held at a later date in Callaway, NE.

In lieu of flowers, memorials to the family.