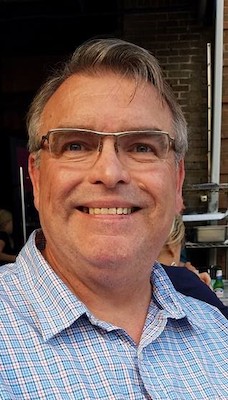 Mike was born July 24, 1960, in Lincoln, Nebraska. He grew up in Omaha and graduated from Omaha Tech High School in 1979. Mike was very mechanically inclined and loved learning from his grandfather who owned a gas station in Wahoo. Mike became a certified auto mechanic and developed a lifelong love for anything cars. Mike helped many people with anything they needed fixed.

Mike had a variety of jobs throughout his life. Always a hard worker. Later in life Mike graduated from Creighton University with a degree in mainframe programing. He worked at Experian for many years. He retired as a list broker four years ago after his health issues began.

Mike was a learner. He loved the Discovery and History channels, soaking it all in. If he didn’t know how to fix something he would learn how. Mike also loved boating and was thrilled to spend time on the lake with the family.

Mike was loved by so many people. He had a giving heart and would help anyone he could.

Mike was proceeded in death by his fathers, Ray Benson and James Smith.

A memorial service will be held Tuesday, January 24th at 1:30 p.m. at Our Savior Lutheran Church at 1200 S. 40th St., in Lincoln. Reception after the service at the church. In lieu of flowers memorials suggested to the NSEA Children’s Fund. Join the family to share stories and a drink at Misty’s in Havelock after the reception.