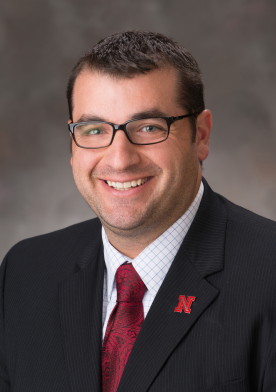 Michael Edward Loehring died on October 13, 2018 in his home surrounded by his loving family.

Born September 29, 1981 in Belleville, IL to loving parents Terry and Mary Loehring. He graduated from Belleville East High School and then went on to University of Central Missouri where he received both a Bachelor’s, and a Master’s degree. He was a member of the UCM bowling team and the Delta Chi Fraternity.

Mike loved to bowl, and shared that passion with his many teammates throughout the years, his team at Central Missouri and then as a coach at Washington State University. He also loved to play golf, drink microbrews, but most of all he loved to spend time with his wife and children. He was a St. Louis Cardinals fan and loved to listen to the games on the radio while watching his girls play outside.

Services were held at First-Plymouth Church Lincoln, NE on Saturday October 20, 2018. Memorial Service at 11:00 a.m. with luncheon to follow. Children are welcome to attend, but childcare will also be provided.

Because of Mike’s lasting commitment to higher education in lieu of flowers, memorials can be given to the family for his children’s college education at the service or sent to Aspen Cremation & Burial Services 4822 Cleveland Ave Lincoln, NE 68504.