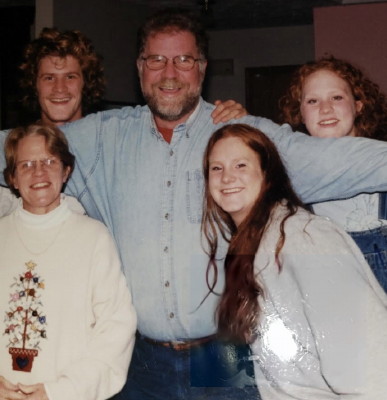 Willy was a legend. A tall man with personality and a heart to match. He had a special presence about him from the minute he walked in a room. His booming laugh and radiating charisma lit up that room, with a story or a lesson you didn’t even know you needed to hear. You hoped you were fortunate enough to be included on one of his many adventures, comparable to a tall tale typically heard around a campfire.

Michael Clyde Williams was born in Fort Smith, Arkansas, to W.D. Williams, and Mary Ellen Kolb Williams, on March 26, 1952. He grew up living, eating, and sweating baseball. He was a natural born southpaw, who threw fast and down the middle. It wasn’t until his early 20’s that he was branded as what most people know him as, Willy. Shortly after is when he met his wife Susie, who would eventually accompany him on many escapades and dreams, and even weather through a 26-year diagnosis of Multiple Sclerosis.

For the majority of his life, Willy lived in Lincoln Nebraska, where he was well known as an entrepreneur and local business owner. With his natural athletic talent, he discovered a love for racquetball and the beginning of lifelong friendships. He raised his kids on dirt bike motorcycles, and his enthusiasm grew into BMW touring bikes as he got older. But his ability to coach shined above many of his other worthy accomplishments. He quickly became known as Coach, after joining the Sharks, a renowned and legendary in their own eyes, softball team in Lincoln. He also coached boys baseball, girls softball, and motorcycle racing for the young and old. But what many will remember, and continue to talk about are the lessons he taught each of us during our cherished time with him. “Don’t cha know.”

Willy’s loving and generous traits shown through many facets of his life. As a son. A brother. A husband. A father. An uncle. A papa. A teammate. A friend.

Big Partner, we won’t ever forget you. Or ever stop loving you. Because there are people who come into our life, and after knowing them, we will never be the same.

Forever in my heart, and always my hero.