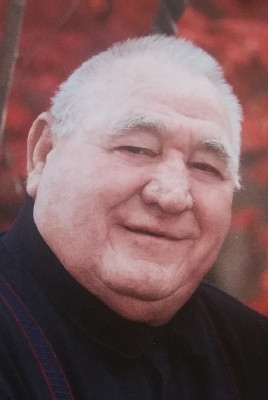 Melvin Eugene Starlin, 89, of Lincoln, Nebraska died January 10, 2018.  Melvin was born March 19, 1928 to Charles and Wilma (Wright) Starlin in Vesta, Nebraska. Most of his childhood was spent on a farm near Vesta until the family moved to Tecumseh where he graduated High School in 1946. In 1949, he married mom Marilyn Gene Nelson spending the next 49 life loving years until mom’s death in 1999.  Saved by an angel in 1999, dad became companions with Shirley Wilkinson, a lifelong family friend. The two spent the remaining 19 years of dad’s life enjoying each other’s company and creating fun loving memories.

Dad had many favorite things but he really enjoyed traveling, camping,  and spending time on his computer.  He would print off everything that was important to him and he has a thick stack of treasures.

Family get togethers that were so special to dad will never be the same.  For several years his specialty at gatherings was lemon bars.  Then he began making the most amazing and we mean amazing chocolate chip cookies. They would melt in your mouth.  You could never stop at just one and so far no one has been able to duplicate the recipe even though he always claimed it was just the tollhouse recipe on the bag.

Nascar was dad’s favorite pastime beginning in February and ending November.  He knew all the drivers, their numbers and rankings and loved discussing the happenings of the last race.

Dad wasn’t a church going man but he was a spiritual man who believed that nature was God’s church and he loved the nature God provided for him to enjoy.  Simple things like the changing of the leaves or greening of the grass touched his spirit.  What lit up his life the most was Yellowstone or for those who knew dad, “Mel”owstone.  A tour of Yellowstone through dad’s eyes and passion was like no other.  To the day he died if able he would bring up the webcam at Old Faithful and watch for the next eruption or bison roaming the geyser basin.

His last place to travel as his traveling days ended was in Weslaco, Texas.  Here is where he discovered the valley and beach of South Padre Island.  This too was known as Mel’s beach.  He could hardly wait to take you for a drive on the sandy shore where he loved to wait for the tide to come in so he could drive in the water which made Shirley crazy.

Dad was a simple man who loved his family more than anything, spending every special moment he could enjoying life with them.  He will be so dearly missed.

Mel was preceded in death by his wife Marilyn, son Mark, parents, brothers Glenn and Lester, sisters Ruth and Anna May.

There will be a graveside Celebration of Life at the Vesta Cemetery in Vesta, Nebraska on April 7, 2018 at 11:00 a.m. followed by a luncheon at the First Baptist Church in Tecumseh, Nebraska.

Memorials may be sent to the family which will be equally distributed to Yellowstone Forever and Surfrider Foundation of Southern Texas.

Online messages of condolence can be shared at aspenaftercare.com