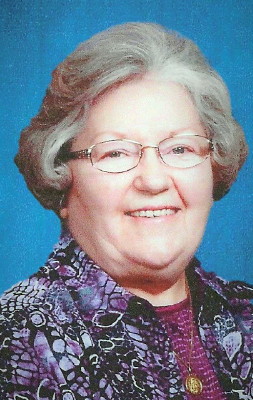 Mary Jo (Marge Hurt) Liska, daughter of John W. and Lucy J. (Policky) Hurt, was born near Dwight, Nebraska on August 18, 1940, and passed away in Lincoln, Nebraska on February 18, 2022, at the age of 81.  Mary Jo attended country school and then graduated from Dwight Assumption Catholic High School in 1959.  Mary Jo went on to further her education and graduated from the La Parent Beauty School in Grand Rapids, Michigan, and received her license in cosmetology in 1960.  On December 30, 1961, she was married to Donald “Don” Liska at St. Mary’s Catholic Cathedral in Lincoln, NE.  Two children were born to them; Linda and Brian.  From Lincoln, Mary Jo and Don took off for new adventures while traveling coast to coast throughout the United States, Canada and Mexico with Don’s career in telecommunications.

Mary Jo was a homemaker, and ran her own daycares for several years in both Kingfisher, Oklahoma and Bloomfield, NE.  She also worked for the Bloomfield, NE Community Schools for 15 years and for Wulf Memorial Good Samaritan Center in Albion, NE for seven years.

Mary Jo enjoyed being out in nature her whole life.  It thrilled her to see pheasants, rabbits, deer, geese and ducks while caring for the family’s land by Dwight, NE.  Throughout her life she got to enjoy camping and fishing with her family.  She also loved to travel.  Mary Jo and Don enjoyed traveling to many of the National Parks throughout the United States.  As anyone who knew Mary Jo, she could make a friend anywhere she went.  Mary Jo was also an avid gardener; both vegetable and flower gardens.  She enjoyed canning and freezing vegetables and fruits.  Mary Jo also loved her Catholic faith and served on numerous church committees and Altar Societies throughout the United States in the parishes where she and Don lived.  She also taught CCD classes for several years in Bloomfield, NE.  But, most of all, Mary Jo loved making many special memories by spending time with her family.

In lieu of flowers, plants and statues, memorials may be made to the Liska family for future designations, please send to Aspen Cremation Service c/o the Liska Family; 4822 Cleveland Avenue, Lincoln, NE 68504.

Rosary will be held on Saturday, February 26, 2022, at 9:30 a.m. at Assumption Catholic Church, 336 West Pine Street in Dwight, Nebraska followed at 10:00 a.m. with a Mass of Christian Burial. Private family inurnment at a later time. Father Raymond Jansen will be praying the Rosary and will also be Celebrating the Mass.