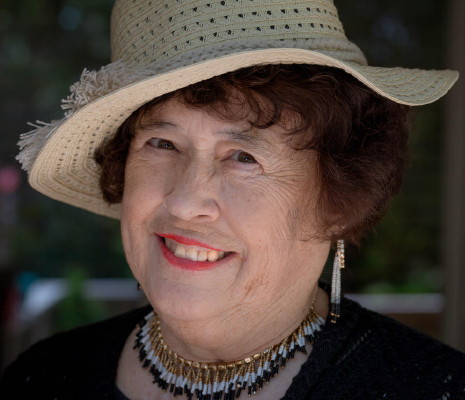 Mary Eileen (Ellis) McQueen was born on May 23, 1944, to Dorothy and William Ellis in San Diego, California. She had three older sisters, Susan, Dorothy and Wilma. She always excelled at school and graduated high school one week after turning 16. She met her husband, Kenneth Alexander McQueen II, when she was a senior in high school and he was working in Portland, Oregon area and attending Portland State University. Mary’s mother famously chaperoned them on most of their dates to make sure Ken didn’t get away with anything untoward.

Ken and Mary married on January 12, 1963, in Portland, Oregon. Their marriage produced five children – Heidi, Mary (Margaret), Caralyn, Kenneth 3 and Elizabeth – all who became just as willful, stubborn and unique as their parents. Ken and Mary stayed in the Pacific Northwest until 1978, when they moved back to Winona, Minnesota, so Ken could work in the family hardware store there. They remained there until they moved to Madison, South Dakota, in 1983, where they purchased and ran their own McQueen’s Hardware Store until 1986. That year, they were gifted their first grandchild, Michael. All three of the eldest daughters, Heidi, Margaret and Caralyn got married in 1987.

Not long after, Ken was called to join the ministry. A year later Mary also answered her call and began her educational journey toward ordination. Over the course of her career, Mary served many churches in South Dakota, Nebraska and Florida over the course of her career. She had strong faith and found deep and abiding joy in her faith communities. She was the type of person who gave a lot to others and walked alongside so many in their most difficult times, holding their hands and helping them cope. She gave so much of herself to so many throughout her 77 years.

For those of you who knew Mary, she always had crazy hair. She laughed often, louder than anyone else in the room, cackling with one of the most contagious laughs you’ve ever experienced. She regularly wore funny, mismatched outfits. And a McQueen plaid hat with a big yellow flower.

She and Ken exercised almost every day at the YMCA, the last time just two days before her stroke. She bought large amounts of plants and enthusiastically worked them to life or death, depending on the luck of the draw and the hardiness of the plant.

She cooked and baked often, creating random assortments of goodies and meals that were often good and occasionally strange, but always reflected a style all her own.

Mary was hilarious and sweet. She cared about people and liked to tell her children and grandchildren that she was proud of them and loved them. She was furiously protective of anyone in her brood and easily forgave transgressions without a word.

She was frequently silly and forgetful about where she put things. She wasn’t perfect and was frustrating at times (just ask her husband, Ken). But she was a good person who tried hard at everything she did. She loved to read and write. In the past few years, she enjoyed penning historical fiction and was working towards getting published.

Mary McQueen was a tiny human with a huge spirit, a raucous voice and a need to be heard. She was amazingly strong and had the pain tolerance of a bull. Mary spent the last few years with a number of health problems, but worked through them all with a sense of purpose, planning for her next cruise with her family to Hawaii in 2023. She suffered two strokes and numerous blood clots throughout her tired body on Sunday, January 9. The second stroke stole her beautiful smile and her lovely spirit.

Mary and Ken taught about 2000 couples and single mothers “prepared childbirth” to make for easier birthing and better babies along with the value of breastfeeding your child and spreading love liberally around.

Her body waited to celebrate one last anniversary with her beloved husband Ken. She passed quietly in the early morning hours of January 12, 2022, 59 years to the day from their wedding, with her husband beside her at the hospital.

Mary was preceded in death by her mother and father and three sisters, as well as her cherished daughter Heidi Marie (McQueen) Hansen, who died in a motor vehicle accident in 1992.