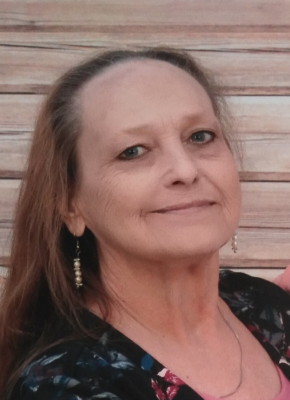 Marsha Louise (Rea) Clinkenbeard, 57, of Lincoln Nebraska (formerly Unionville Missouri) passed away Saturday August 24th 2019 in the comfort of her own home.

Marsha was born on July 19th 1962 to William (Gene) & Shirley (Shriver) Rea of Crete Nebraska. She was the 2nd of their 3 children. Marsha was the middle child, the oldest is her sister Michelle and her younger brother Michael ‘Mike’. In her early years she attended country school, eventually the family moved to town where she attended & graduated from Crete Public Schools.

During August of 1977 tragedy struck when the 3 Rea children, cousin Steve Shriver and Marsha’s friend Christine were in car accident during a family vacation in Missouri. The kids were on their way to the Lucerne fair and were hit by a drunk driver on HWY 129, just south of Powersville. Mike was killed instantly and each of the remaining survivors were seriously injured.  It took months of recovery for each of them, and each has bared the scars of that tragic day ever since.

Marsha graduated from Crete High school in 1980 and stayed in the Crete area. She was blessed with her daughter Miranda Joan Rea in May of 1983. “There I was in labor and trying to have a baby, and the tornado sirens were going off”.  She worked for many years at Square D following in the footsteps of her Mother Shirley. During the time Marsha worked at Square D she was fortunate enough to meet some very special people that would be in her life forever. Her most special friend from her time at Square D is Amanda. ‘Sugar’ & ‘Brown Sugar’ as they went by. Marsha, Amanda, Roxie & Mary spent a lot of time together and made sure to have a good time wherever they went. A trip to Jamaica in 1994, a trip to Disney World with the kids in the October blizzard of 1997 just to name a few.

Marsha moved to Missouri after her daughter Miranda graduated from high school. In the summer of 2005 Marsha married George Ray Clinkenbeard and they lived in Unionville Mo. From this union she gained a step-daughter Kristina, along with her 2 children Abby & Alex. There was also a special young man, George’s nephew Cole Clinkenbeard. She enjoyed her life in Missouri and the pleasures of being a farm wife, which is very different from the ‘city’ lifestyle that she came from. Marsha did work for Wal-Mart for a few years and enjoyed the ability to talk to “old people” as she would put it.

Marsha got “the best news of her life” in the summer of 2016 when she found out that her daughter Miranda was pregnant. “I have waited forever for you to make me a Grandma”.  The best day of her life is the day she got to meet her granddaughter Madalynn. The smile on Marsha’s face when she finally got to hold her little “snowbird” was absolutely indescribable. You could tell she had been waiting for that day.

Marsha’s husband George passed away unexpectedly in the early summer of 2017 and after his death she moved back home to Nebraska to live with Miranda & Madalynn. Marsha received the news at Christmas 2018 that she had lung cancer. She was determined to spend as much time with Madalynn as she could after that because tomorrow is never promised.

Marsha is preceded in death by her Brother, Mike Rea, her mother & father, Shirley & Gene Rea and her late husband George Clinkenbeard.

In lieu of flowers, donations can be made to the family.

A memorial for Marsha was held at the residence she shared with Miranda & Madalynn on Saturday, September 7, 2019.