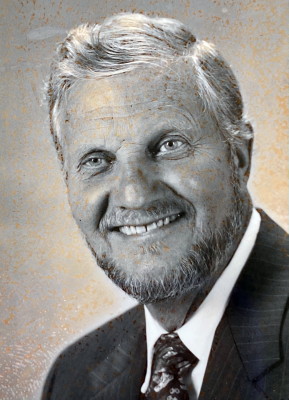 Judge Mark A. Buchholz (Ret) was born on July 27, 1928 in Columbus, Nebraska to Emil and
Clara (Grotelueschen) Buchholz.

As a youth, he was active in 4-H Club and was seasonally employed in the harvest fields as a
laborer. He graduated with honors in 1946 from Columbus High School (Kramer) where he
engaged in music and dramas, including roles in annual operettas and the lead role in his
Senior Class Play. Mark was active in sports, lettering in football and track and field. He was
Editor-in-Chief for 2 years of the periodical “Discoverer”. He served in the U. S. Navy from
1946-1948 as a non-commissioned Petty Officer (AERM 3/C).

Mark was awarded an A.B. Degree in 1951 from the University of Chicago where he had served
as an elected member of the Student Government and played as an infielder on the University
of Chicago Maroons intercollegiate baseball team. He also participated in speech and debate.
As a political liberal, he favored the values, principles and goals espoused by the democrat
party. As an independent, in 1958 he chaired the state-wide “Citizens for Exon for Governor
Committee”.

Professional Education: University of Chicago and two years University of Chicago College of
Law. One year UNL College of Law for a Juris Doctor Degree in 1955.
Legal Profession: Partner for 17 years with Barney, Carter and Buchholz law firm. Chief of Legal
Division, Nebraska Department of Revenue. Judge, Nebraska Workers’ Compensation Court for
23 years. Presiding Judge for 2 years. Fellow, Nebraska State Bar Association. Over the span
of dozens of years, Mark was active in a wide range of civic and community organizations and
clubs; Jr. and Sr. divisions of the Lincoln Chamber of Commerce, the Optimist Club, and the
Forum Club. He was an Instructor of “Law for Laymen”, Nebraska Adult Distributive Education.
He was a manager-coach of Little League teams and a Boy Scouts Merit Badge Counselor.
Mark was the state winner in the Nebraska Jaycees Oratorical “Speak up Jaycees” contest in
1958. He was active in the Unitarian Church of Lincoln for many years in a variety of capacities,
including President of the Unitarian Church of Lincoln from 1962-1963.

As a long-distance runner in his fifties and sixties, Mark completed five marathons in and around
Lincoln and at other venues, qualifying twice for the prestigious Boston Marathon. He was
precluded from participation in the Boston Marathon due to injuries. Mark also competed in
numerous half marathons with first place finishes in his age group.

One of Mark’s caring commitments was a protective compassion and respect for innocent and
defenseless animals, which prompted him to embrace a meat-free diet from time to time and to
consistently refrain from engaging in the “sport” of killing animals.

As both an active and retired Judge, Mark responded affirmatively to many dozens of requests
to officiate a wedding ceremony. In order to accommodate the numerous requests, he gladly
created a spiritual, secular and non-sectarian ceremony reflecting the dignity, seriousness and
importance of wedlock, for which he received much praise and gratitude.

As every life is granted memorable moments, Mark attended a convention in Toronto, Canada
where in a hosting line-up his left hand was touched briefly by British Queen Elizabeth. His right
hand was warmly grasped and shaken by a charming Prince Phillip.

Mark was preceded in death by his parents, older brothers Jim Buchholz and Fred Buchholz,
and his first wife Cleone Bowman Buchholz.

In lieu of flowers, gifts in memory of Mark may be made to the Capital Humane Society (Pieloch
Pet Adoption Center) or the Lincoln Unitarian Foundation.

Private services for family will be held at a future date this summer and will recall Mark’s self
created mantra: “Love is the law and the infinite creative energy of the Universe.”