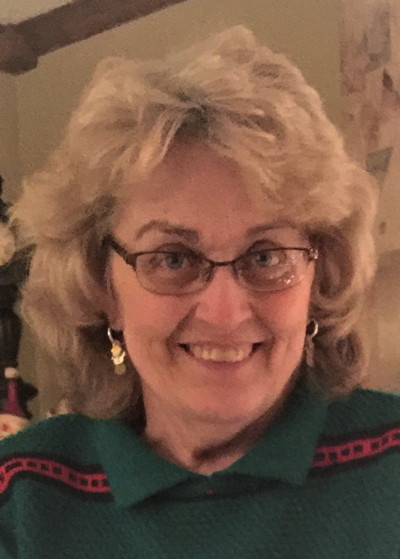 Marcia Kay (Hamann) Vasek – October 31, 1950 – December 9, 1921 Marcia Kay (Hamann) Vasek passed away peaceful on December 9th from cancer.  She was born to Otto and Anna Hamann, the youngest of four daughters.  She grew up in Leigh, NE attending both elementary and high school, graduating as Valedictorian of her class in 1968. She participated in a wide variety of activities as a youth, including Saddle Club, 4H, girl scouts, baton twirling, dance class, piano and clarinet lessons, softball, Luther League, pep club, band, choir, and other activities. She was a certified life guard at the local pool, and worked as a teller for the local bank prior to and during college.

Marcia attended the University of Nebraska, in Lincoln before spending one year in Omaha training as a medical technologist receiving her degree from UNMC in 1972. She returned to Lincoln working for the University Health Center and continued her studies by obtaining her Masters in Adult Education.   In 1977 she was hired by Southeast Community College, to establish and supervise their Medical Technician program. She received several accolades for her work in the medical technology field including the “Ortho Award” in 1973, the “Filter Award” as the outstanding Medical Technologist in Nebraska in 1980, and the Florence Boyles Award for outstanding service.  After starting a family she continued working part time for SCC by writing and applying for grants.

Greg and Marcia were married on September 1st, 1974 at St John’s Lutheran Church in Leigh and were blessed with two sons, Christopher and Troy. Marcia loved to spoil the boys and devoted herself to “only the best” in raising them each and every day. She volunteered endlessly at First Plymouth Preschool, Eastridge Elementary, Lux Middle School and East High. She served on numerous committees, parent/teachers organizations, and boards during their time at each school and after they had left.

She adored spending time with her sisters, whether it was traveling to California to see Shirley, shopping with Jeanette in Norfolk, spending a weekend with Maxine, or enjoying the holidays with their families. Marcia cherished going to the family cabin at Woodcliff and would spend most summer weekends there, boating, swimming, playing with her dog Kayleigh, or just visiting with the neighbors. She was an avid Nebraska fan for all sports attending games or listening to them on the radio. She traveled with Greg on his many Linweld trips.  She charmed everyone with her warm smile and of course giving big hugs to all she met, much to their surprise.

Marcia loved to be involved with friends, neighbors, and of course family. Birthday club with Greg’s college roomies or her Taylor Meadows girlfriends, to shopping with her sisters was always special to her. Despite being a Halloween baby she loved Christmas, decorating the house inside and out, collecting ornaments from every trip or memory, and finding Santa Claus’s everywhere she could. She had a passion for Icees from the Topper Popper, Sees Candy, Dairy Queen, and Strawberry Margaritas were a few of her favorites.

Marcia was preceded in death by her parents (Otto and Anna) and her three sisters (Maxine, Shirley, & Jeanette). She is survived by her Husband of 47 years – Greg, sons – Christopher and Troy, daughter- in- law – Brandie, and grandchildren – Kennedy and Carson.

The family will hold a celebration of life for Marcia in the spring for extended family, friends, and neighbors. The family asked that memorials be made in lieu of flowers, to Southeast Community College Foundation, 301 S 68th Place, Lincoln Ne, 68510 (designate for Marcia Vasek scholarship fund) or the Leigh Legacy Endowment Fund, PO Box 51, Leigh Ne 68643.