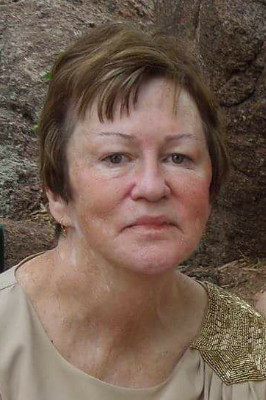 She was born in Sidney, NE on April 9, 1952 to James and Gladys (Earnhard) Haskell. She was the youngest of five children. Marcy grew up on a farm by Lodgepole, NE.  She attended Lodgepole High School and graduated from Chadron State College. On May 31, 1975 she was united in marriage to Dwight Neil Merrihew.

Marcy was a country school teacher that taught at Hemingford, District #44, District #40 and substituted at various schools in Box Butte County. She was a past member of the United Methodist Church and Jaycee Jills.  She enjoyed spending time with her children and grandchildren. Marcy and Neil had recently celebrated 43 years of marriage.

She was proceeded in death by her parents, Jim and Gladys Haskell, sister and brother-in-law Joanne and Bob Mashek, brother Tom Haskell, and father in law Robert Merrihew.

Memorial Service will be held July 7, 2018 at 11am MST at the Alliance Methodist Church.

Burial of the urn will be 10am, July 8, at the Kowanda Cemetery – rural Oshkosh, NE.

Condolences to the family future designation.