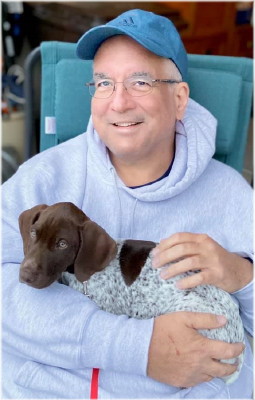 It is with great sadness that the family of Lonnie Scott Dickson announce his two and a half year battle with colon cancer has ended. Lonnie passed away peacefully in his home on the morning of August 20th, 2020. He was so strong and brave throughout his entire battle.

Lonnie will be dearly missed by his mother, Lois Sheffield; his brother and sister-in-law, Monte and Jaci Dickson; his three nephews and niece, Jake, Brady, Cody and Gabbie Dickson and numerous other family members and friends.

He was predeceased in death by his father; Charles (Rick) Dickson, a special uncle; Dave Dickson; a brother, Ricky (who died at birth) and his grandparents.

Lonnie was born on July 23, 1963 to Lois Sheffield and Rick Dickson. He graduated from Grand Island Senior High in 1981 and attended the University of Nebraska Lincoln where he received a Bachelor’s Degree in Architecture and a Masters Degree in community and regional planning. He held a long time position in Lincoln, Nebraska and was respected and appreciated by many in his field.

Lonnie did not have children of his own, but was a 3rd parent to Jake, Brady, Cody and Gabbie Dickson. His nephew Brady sums up everything; “My uncle is one of the most kind hearted people I’ve ever known in my life, and that’s what cancer could never take from him… his HEART. As he once said, “Smile… be happy, with whatever the day brings your way! Good or bad, at least we’re breathing. BE HAPPY!”

A funeral service will be held on Saturday, August 29th, 2020 at Christ Lincoln Church in Lincoln, Nebraska at 11 o’clock in the morning. 4325 Sumner Street, Room 211 worship space. Reception with the family following. Casual attire, masks and social distancing will be practiced. Memorial donations may be made to Camp Kesem at University of Nebraska. A camp that supports children through and beyond their parent’s cancer.