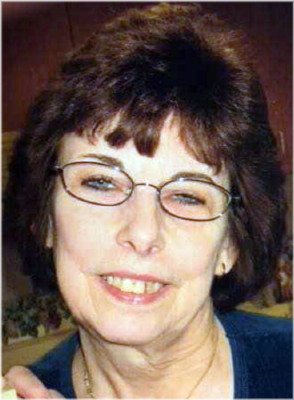 Linda was born August 5, 1948 at Mable Minnesota to Claude & Irene (Bacon) Anderson. Linda earned a BA from Mankato State University prior to completing a nursing diploma from Bryan School of Nursing in Lincoln Nebraska.  She worked as a RN at St. Elizabeth’s Hospital in Lincoln and in McFarland Clinic in Ames, Iowa. She graduated with an MA in Sociology in 1991 from Iowa State University and left nursing to assume a position as director of a research unit at the Institute for Social and Behavioral Research. Linda moved back to Lincoln in 2001 and worked as a data manager on research projects at the University of Nebraska-Lincoln until her retirement in 2013.

Linda found particular joy in spending time with her friends and her beloved dogs. Her cairn terriers, Henry and George, made her final twelve years much more enjoyable with their constant affection and companionship. She always enjoyed a glass of wine with friends, her next crochet project, and beating Dan at cribbage.

Linda was preceded in death by her parents. Survivors include her life partner, Dan, her brother and sister in-law, Greg and Jean Anderson, Duluth MN, and brother in-law and spouse, Chuck and Susan Hoyt, Story City, IA., step daughter and spouse, Shari and Jeff Aguilar, Lacey WA.  But, Linda’s affection and caring was not constrained by those tied to her through blood relation or marriage. Maggie Conrad, Ankeny IA, Joseph Conrad and spouse Renee, Dumfries, VA, Sydney Conrad-Cook and spouse Chris, Winterset, IA, and Blaine Conrad, Ankeny, IA, have been a central part of Linda’s “family” for decades.

Rather than a celebration of life gathering, it is suggested that friends and family open a nice bottle of wine and, while enjoying it, recall how Linda touched their lives.  In the spirit of Linda’s caring for others we request that, in lieu of flowers or memorials, that you consider making a donation to your local food bank or homeless shelter.