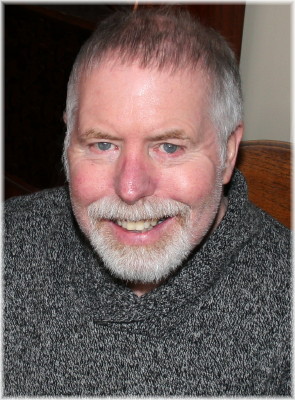 Kevin Arnold McTaggart, 67, passed away peacefully at home on Wednesday, February 12th, 2020, while surrounded by his loving family.

Kevin was born on February 29, 1952, in Brooklyn, N.Y., to Arnold Walter and Mary Rita (Premosch) McTaggart. He moved to Kansas City, Mo., with his family as a child. This is where he met his future wife, Sheri Maysent. They were married on June 18, 1972, in Kansas City.

He had a long career with Fleming Foods, which started in Kansas City and eventually took him to Topeka, Kan., where he and Sheri began their family, and then finally to Lincoln, Neb., where he lived for the remainder of his life.

Kevin is survived by his loving wife, Sheri, with whom he shared a wonderful marriage of 47 years. Together Kevin and Sheri created a close and loving family. He is also survived by his daughter and son-in-law, Shana and Michael Bailey; daughter, Tara Roberts and Adam Mickle; and daughter and son-in-law, Jenna and Ryan Kenney; and his eight grandchildren, Hadley and Sawyer Bailey, Bayleigh, Delaney and Rylee Roberts, and Harper, Conor and Maddox Kenney, as well as many other relatives and friends. He is preceded in death by his parents and his brother, James McTaggart.

Kevin was a devoted family man, who loved to spend his time golfing and cheering for the Nebraska Huskers. He never missed an opportunity to crack a joke or to make someone laugh.  He was loved greatly by his family and will be deeply missed.

A private family memorial service will be held. Memorials may be given in Kevin’s memory to the Michael J. Fox Foundation to benefit research for Parkinson’s Plus Syndrome/Lewy Body Dementia.