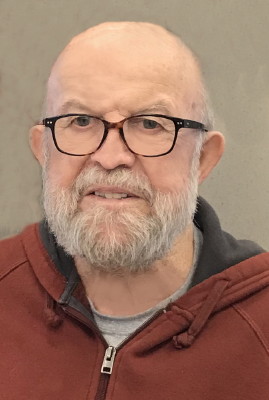 Keith’s family moved to Lincoln, NE and he attended school here.  The family moved to Ashland for 3 years before coming to Lincoln.  He received his GED while in the Navy.  After returning to Lincoln, Keith acquired his CDL and became a local dump truck driver and this was his profession for 50 years.  Keith was awarded several awards for his safe driving ability while working with General Excavating for over 19 years and Constructors for almost 10 yrs. After having a small stroke in 2015, Keith retired.

He belonged TO Alcoholics Anonymous and received his 18 year medallion in February this year.  Keith enjoyed fishing, reading, gardening and canning (making his own salsa) among other things.  He and Marla would go around the countryside picking plums, chokecherries, elderberry and whatever they could find to make jams and jellies.  He was a great cook and loved handing out his soups and other dishes he would make.

Survivors include his wife Marla (Elmshauser), sisters Peggy Scheer (Hoffman) of Lincoln, NE and Marilyn Olson of Winner, SD. Nephews and nieces in South Dakota and Nebraska. He is preceded in death by his parents, Leo and Zola Scheer and brother Roger Scheer

His family will take Keith on his final trip to Ogallala, NE on May 11, 2019.  The Prairie Life Funeral Home will have a Celebration of Life at 2:30 pm and burial at the Ogallala Cemetery.  Please join the family/friends to share Keith’s journey.