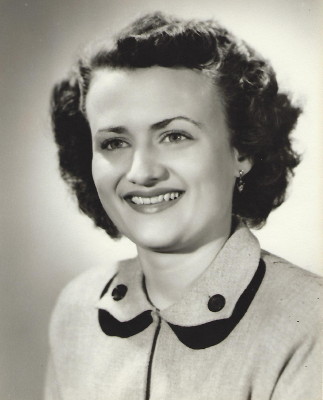 Kathryn Louise Sheridan was born in Milnor, ND on February 16, 1931 to William and Emma Sheridan.  Kathy lived in Milnor with her parents and her brothers Bill and Jim and graduated from Milnor High School in 1949.  On December 13th, 1949 Kathy married Leslie Bueling of rural Sheldon, ND.  Kathy was very busy raising their 5 children in the Sheldon area.  Until 1977, when the family moved to Oregon where Les worked in a plywood mill and Kathy did the books at the Astoria Clinic.  In 1981, the family moved to Fargo, ND.  Kathy and Les started Bueling Monograms in 1981 and did very well with it until their retirement in 1996.

Kathy was preceded in death by her parents, husband Les and son Bruce.

A short graveside service will be held at the cemetery in Sheldon, North Dakota at 2:30 p.m. on Saturday, November 3rd.